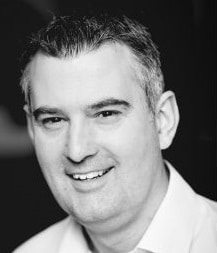 Conveyancing firms in the lower half of the top 100 – so-called ‘challenger’ firms – have seen the biggest increase in transactions during the second quarter of this year, research has found.

Cases were up 23% on the same quarter last year for this group, compared to 19% for the top 50 firms.

However, when compared with the previous quarter, the total number of completions in the market fell by 11% between April and June.

Researchers from property data specialists Search Acumen said in their latest quarterly Conveyancing Market Tracker that the number of firms completing more than 50 transactions per month increased by 22%, from 273 to 332, while the number completing less than 50 continued its steady decline, falling from 3,870 to 3,812.

The top five conveyancing firms saw the smallest decline in activity over the quarter compared to the previous three months, with transactions down 7%, compared to 11% for the top 100.

In all there were 4,144 active conveyancing firms during the second quarter of 2018.

Researchers said the monthly average for the number of cases dealt with by each conveyancing firm fell from 64 to 58.

Andrew Lloyd, managing director of Search Acumen, commented: “There is no doubt that the conveyancing market is facing a challenging 2018, as housing transactions continue to see sluggish growth amid ongoing uncertainty across the country.

“Economically, the year was always going to be an unpredictable period, but our figures give plenty of reason for UK conveyancers to keep a spring in their step.

“Despite the testing environment, it is interesting to see challengers in the market – those mid-sized conveyancers – have enjoyed robust growth over the last year. In contrast, ‘occasional conveyancers’ have continued to diminish in number.

“If activity levels remain relatively subdued in the short term, it will be interesting to see how the competitive landscape responds.

“Challenger firms are pressing on through uncertain times and the signs suggest that larger firms are getting smarter and more efficient to take advantage of a challenging market.”