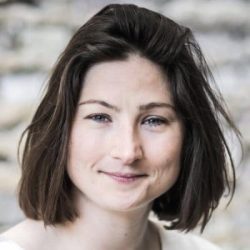 A barrister suing her chambers and LGBT charity Stonewall amid a controversy over transgender rights has accused CrowdJustice of trying to censor her.

However, the legal crowdfunding website has stood by its decision to remove “unnecessarily inflammatory and offensive” language from her case page.

The argument follows a fraught weekend, as we reported on Monday, during which Allison Bailey’s case page went live, raised £48,000 in six hours, was taken down after complaints about its content, and then put back up with most of that content removed.

When she reached her target of raising £60,000 on Sunday, CrowdJustice stopped accepting any further donations, which is not its usual practice.

The row at its heart is about Ms Bailey’s position – similar to that recently expressed by author JK Rowling – against moves to replace sex with gender when it comes to identity.

She argues that men should not be able to claim to be legally a woman without having to undergo any hormone or surgical intervention, psychological evaluation or risk assessment.

Yesterday Ms Bailey – a criminal defence barrister at Garden Court Chambers – issued a 14-page statement outlining her account of what happened over the weekend.

In it, she said she had decided to waive her anonymity as a victim of child sexual abuse when writing her original case page so she could honestly answer ‘Who am I?’, which was one of the questions CrowdJustice advised her to address.

“It is precisely because I can see that there are concerted efforts to silence the victims of male violence that I felt it was my duty to speak out,” she said.

Ms Bailey said CrowdJustice told her that the background information she published breached its policy against “discriminatory or hateful content”, with “gratuitously violent language and accusations regarding trans people”.

Ms Bailey said CrowdJustice refused to increase the donation limit to £100,000. “My case is about co-ordinated complaints to shut me down, and now I had been shut down this might mean more litigation and therefore more cost.”

The site also sent her solicitor a more detailed breakdown of the passages it found objectionable – which are detailed in her statement – but the barrister said: “I was not prepared to edit out and censor my page in the way CrowdJustice demanded.”

She stressed that she was not “looking for a fight” with CrowdJusice – given that it helps other people raising money to litigate “gender critical rights – but explained how the site had suggested a statement it could put out on her behalf, which said they had agreed to put the events behind them. She refused.

Ms Bailey concluded: “I am considering my options. Right now I don’t need to do anything immediately so I will take some time to think about how to proceed.”

Over the weekend, CrowdJustice chief executive Julia Salasky said it “messed up” by allowing the case page to go up before ensuring its content met the site’s standards.

In a new statement issued yesterday, she said: “We are satisfied that Allison’s case page breached our terms and conditions, and we stand by our decision to have removed it on Saturday evening.

“We considered that some of the language used on the case page, taken either individually and/or considered in the full context of the page, was unnecessarily inflammatory and offensive.

“In our view, parts of the case page, unconnected to the facts of the actual legal case, could be considered to promote hate, abuse or harassment towards a minority community, in contravention of our terms. We took specialist legal advice to confirm our view.”

Ms Salasky said that, when the site was put back up pending a resolution of their dispute, CrowdJustice removed Ms Bailey’s name and photograph “because the case page now bore our statement, rather than her own.

“We were keen to ensure Allison was not perceived as the author of our statements, and we had no intention to wound and/or to erase her identity.

“When we learned that this was her perception, we offered to reinstate Allison’s picture and name on the case page but she has not replied.”

Ms Salasky explained that they did not extend her target because, whilst awaiting amended text, “CrowdJustice had editorial control of the case page and we could not accurately represent to backers what any further funds would be used for. We repeatedly invited Allison to provide us with amended text but she refused to do so”.

Ms Salasky stressed that what it had done did not reflect any view about Ms Bailey’s underlying claim, and said “we are sorry for the distress that removing [the case page] has caused her”.

She concluded: “At the same time, CrowdJustice stands by its decision to remove unnecessarily inflammatory and offensive content from its platform, and is proud of the fact that it promotes access to justice for a wide spectrum of legal cases.”