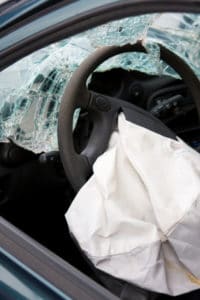 The trial of a large-scale ‘crash for cash’ gang which used accident management companies to funnel 111 fraudulent claims to 16 insurers has ended with five defendants found guilty of conspiracy to defraud, on top of seven who had already admitted their involvement.

The convictions follow an investigation by the Insurance Fraud Bureau (IFB) and Derbyshire Police and included those who orchestrated the fraud and owned the companies, as well as the claimants who provided their details for use as part of the fraud.

According to local newspaper reports, most of the collisions were caused by using two cars and a so-called ‘target’ car, driven by an innocent member of the public.

The gang centred round Derby Enterprise and TTM Recovery, who were found to be submitting fraudulent personal injury and storage claims for the crashes. Derby Enterprise was used as a professional enabler to corroborate the fraudulent claims and increase their value, according to the IFB. Neither was authorised by the Claims Management Regulator.

The bureau said the fraud came to light when one of the individuals who worked for the gang became aware of the suspicious activity and decided to stage a burglary at the business address to highlight the activity to the police.

During their investigation of the burglary and search of the property, the police found evidence linked to insurance fraud and IFB were contacted to support the investigation.

Detective Constable Kevan Handley, who led the investigation for the police, said: “The group of people at the centre of this investigation made fraudulent claims for injuries, damage caused to their vehicles and the costs of recovering and storing the damaged vehicles.

“The guilty verdicts given by the jury today hopefully sends out a message that this type of crime will be taken seriously, investigated thoroughly and will not be tolerated.”

IFB director Ben Fletcher said: “Crash for cash has a real impact on society and puts innocent members of the public at risk of serious injury. There is not only a physical impact but also significant cost associated, as we estimate crash for cash costs the industry £336m per year. This puts a financial burden on insurers and ultimately premium-paying motorists.”

The defendants will be sentenced in April.

Meanwhile, the Advertising Standards Authority (ASA) has issued further guidance to financial services CMCs about how fees and taxes should be communicated to consumers in adverts that quote average gross figures of how much compensation people have received.

It comes in the wake of a series of successful complaints made to the ASA by Lloyds Bank over the figures quoted by various CMCs.

The guidance said that, if fees and VAT are deducted from average compensation figures, this needs to be made prominently clear in the ad. Merely setting out this information on a separate webpage is considered not to be sufficient.

“In practice, this means that CMCs should ensure that ads that quote compensation figures: make sufficiently clear whether the figures are before or after deduction of fees and VAT; don’t state or imply quoted figures are after deduction of fees and VAT if this is not the case; and communicate clearly if quoted figures will be subject to applicable taxes.”