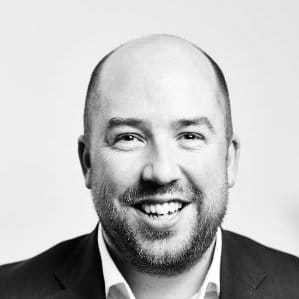 Bath: “we want to improve the market”

An ambitious new firm of licensed conveyancers has developed its own case-tracking app in a bid to become the biggest conveyancing business in the country.

When You Move, co-founded by serial entrepreneur Peter Goodman and launched today, describes itself as “the only conveyancer that allows you to track the progress of your completion in real-time in one simple app”.

Managing director and co-founder Simon Bath told Legal Futures that the firm had a two-year business plan which would enable it to “become number one in the market”.

He said the firm had obtained funding from a number of private investors as well as a private equity fund.

Mr Bath said the aim of the app was to update consumers, estate agents and mortgage brokers with the latest information, partly through instant messaging, to keep the process from “stumbling” and to provide a “greater level of transparency”.

He went on: “One of our objectives is to deliver extremely high customer service with swifter completion times. We won’t be the cheapest, but we will be very clear from outset what it will cost the consumer.

“We want to improve the market and we believe we can do it by fusing our technology with customer service.”

Mr Bath said When You Move submitted its application to the Council for Licensed Conveyancers (CLC) last August for an alternative business structure licence, which became effective earlier this month.

He said the firm had around 20 staff, including six solicitors and licensed conveyancers, based in Watford, Hertfordshire. Mr Bath said the intention was to grow organically, rather than by buying other conveyancing firms.

Mr Goodman, co-founder of When You Move, set up Brighter Option, which developed advertising management software for Facebook. Brighter Option was sold to Buddy Media and then to Salesforce, where Mr Goodman became vice-president. He is also founder and chief executive of Grow Bag Capital, which funds start-ups.

Mr Bath said he and Mr Goodman originally planned to set up a business which would sell its technology to the thousands of conveyancing firms in the market.

“Later we decided not to take this route and become a conveyancer ourselves. We find the market is ready for change, but it would be incredibly difficult to sell and support software to so many different firms.”

Mr Bath said there was “a significant level of frustration” among both consumers and property professionals with the current system of conveyancing.

He said that When You Move had designed an “innovative dashboard” to give estate agents and mortgage brokers access to the latest information on sales or purchases.

Mr Bath said he was aware of the collapse of Veyo and of Free2Convey, developed by the Legal Software Suppliers Association, but did not comment on either.

He added: “It’s a great deal of fun, and we’re enjoying the journey so far.”