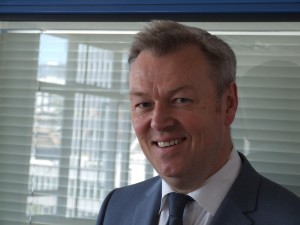 National firm Cartwright King has opened what it describes as the first “in-house chambers”, made up of 20 advocates, including five barristers. All the solicitors in the chambers are higher court advocates.

Unlike a traditional chambers, the advocates are employees of the firm, but they have already been instructed by an outside firm of solicitors.

Billy Harris, a barrister’s clerk with over 30 years of experience – most recently for Argent Chambers – has been appointed chief clerk. Mr Harris told Legal Futures that the chambers had been instructed to work on a “mainly criminal” matter, but also covered family work, including legal aid, and other civil work.

“A lot of people have asked me why I wanted to jump from a barrister’s chambers to working for a law firm in-house,” he said.

“I noticed that, with the legal aid cuts, chambers were closing because they could not afford to carry on, and barristers were leaving the profession or going to work in law firms. So I very much see what Cartwright King is doing as the future.”

Mr Harris said the advocates that made up the chambers were spread over at least eight locations. He said he visited the different offices and talked to staff in person, but modern technology made it possible for the chambers to operate from a number of sites.

Mr Harris added that his role was to “educate lawyers” in what was involved in being part of a chambers, and the most important thing was probably a “change in mindset”.

Alwyn Jones, an experienced HCA who has appeared regularly at the Court of Appeal, is head of ‘in-house chambers’.

Rupert Hawke, managing director of Cartwright King, said: “Our barristers and HCAs work alongside the solicitors that instruct them. This environment allows unparalleled access and a free flow of communication between lawyers that ultimately benefits our clients.

“We are able to get our counsel involved in cases at an early stage. This enhances the quality of case preparation and provides excellent continuity.

“As our employees, all team members are subject to our in-house quality checks and we are also responsible for their training. We can therefore be assured about the quality of their work. Crown Court representation is changing, and Cartwright King is leading the way.”