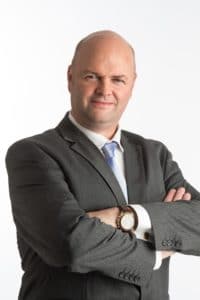 Hawke: more solicitors “want to work for themselves”

National law firm Cartwright King is launching a franchise scheme for solicitors who want to set up their own practices, which will operate in a similar way to a virtual firm but allow franchisees to benefit from an existing national brand.

The scheme is at an early stage, with a spokesman saying the first franchise is “yet to be decided” and the launch date was “imminent” but not confirmed.

“The new franchise will operate under the firm’s main brand, which means unlike previous models seen in the market place it will benefit from not being run under a separate title or being marketed as just a virtual firm,” he said.

“Franchisees are essentially buying a slice of a legal practice, which offers the support of an established and respected law firm, and provides the ability to work from home, set one’s own hours and concentrate on client service and fee-earning.

“The new model welcomes franchisees into the Cartwright King family, which will mean benefiting from colleagues, internal referrals, networking and social events.”

CEO Rupert Hawke said: “We understand that an increasing amount of individuals want to work for themselves, achieving a better work life balance as well as receiving the other benefits that come from being your own boss, including the opportunity for increased income. Our franchise scheme enables all this, without the financial and regulatory barriers that come with setting up your own practice.

“We see this as the future of the profession and believe now is the right time to launch. We are determined to help the legal industry move into the 21st century.”

Cartwright King said it was looking for individual solicitors across the country, from any area of private practice, including immigration, employment and private client, to work for themselves as franchise directors.

Applicants will undergo an initial assessment, reviewing their “level of experience, ethics, ethos and record with the SRA”. Franchisees will be able to work from home via a cloud system, from one of Cartwright King’s 19 offices, or set up a new location.

The spokesman promised that the franchise would offer “substantially lower set-up fees” than alternatives, and would then require a fixed rate monthly or annual payment.

He said the fee was “dependent on the franchisee level and what services they provide”.

He said franchise directors would keep the vast majority of the bills they generated and be able to set their own pricing structure, “offering the ability to be more competitive and to pass on savings to their clients”.

In a section on the franchise scheme on the Cartwright King website, the firm said: “We understand that more people want to work for themselves. The legal market is getting increasingly competitive and there are constant challenges from ABSs, foreign entrants, DIY services and non-legal providers.

“In the next 10 years the investment needed by firms in development, marketing and in non-lawyer support professionals will increase exponentially.”