Capita gears up for further expansion after Optima acquisition 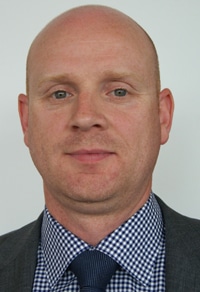 Capita, the outsourcing giant that yesterday announced plans to buy a law firm, remains on the acquisition trail and is also looking for a top-20 law firm to partner with, Legal Futures can report.

Having operated a legal process outsourcing service in Krakow, Poland from the start of 2013 – whose most high-profile client is Pinsent Masons – the deal marks Capita’s first foray into reserved legal activities.

It also has a legal call centre in Leicestershire, which it bought from FirstAssist, that sits behind legal expenses insurance, as well as schemes offered by trade bodies and employers.

Optima specialises in volume debt recovery and property work, and James Cowan, the non-lawyer head of Capita Legal Services, said he would be looking to expand to offer “other services that corporate clients would be interested in acquiring”.

They would need to be areas that would benefit from Capita’s ability to bring scale and process engineering – Mr Cowan cited employment law as an example – rather than, say, ‘bet the farm’ litigation. “We don’t have an ambition to become a magic circle law firm.” But there were talks underway to find “the right partner in the top 20” that could use the kind of services Capita offers for its clients.

The immediate priority is to get the ABS “over the line”, he continued, after which it would be “naïve” to think Capita could reach its goal just by organic growth. Across the whole business it makes around a dozen acquisitions a year, he pointed out.

He predicted that Capita could become a top 50 or even top 30 firm itself. The Optima deal gives it size – adding 500 staff to the 100 the legal services arm already had.

“Our role is to try and disrupt the market, letting corporates know what it is they can be demanding from their law firms,” Mr Cowan said. “General counsel are generally quite happy to continue with the panel firm model unless they are under significant pressure from their CFO.”

He acknowledged that outsourcing and ‘disaggregation’ is proving a “very slow process” that needed a few more first movers to give it momentum. One of those has been City firm Berwin Leighton Paisner’s Managed Legal Service – where Thames Water outsourced its entire legal function to the firm – and Mr Cowan said he could make that type of arrangement “very attractive to a corporate”.

The overly close relationship between Capita and Optima came to the SRA’s attention some years ago and led in 2010 to a restructuring of Optima to sever the connection. Nonetheless Mr Cowan said he was confident that the SRA was amenable to the deal having had preliminary discussions with the regulator.