ABSs set to cross the Atlantic 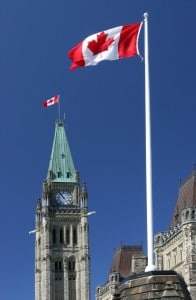 As in England and Wales, non-lawyers would be permitted both to take part in the management of ABSs and buy shares in them.

The report, Transforming the Delivery of Legal Services in Canada, observed that “there is evidence that market liberalization and outside investment in England and Wales and Australia are improving the availability of legal services and lowering costs” – while noting that access to legal services must be considered in conjunction with the quality of legal services received.

It said that while other jurisdictions, including Australia and England and Wales, “have made real advancements in legal service delivery models, in Canada business structures are only modestly advanced from the 19th century.

“There is a need to move beyond traditional models to new, more flexible working arrangements, as well as to new business processes that will allow the profession to be more responsive to the diverse groups of clients it serves”.

Many of the reforms recommended in the report chime with what has happened in England and Wales, such as entity regulation and changes in training.

“Client expectations are changing quickly and if lawyers don’t find better ways to meet those expectations, clients will go elsewhere to have their legal needs met,” Mr Headon said. “Statistics show that they are already – so, something needs to change.

“Clients expect, quite reasonably, that we do business like other professionals. They want cost-effective services delivered by properly trained professionals in a way that makes sense to them, that uses technology they are familiar with and which solve their problems, not just the legal aspect of their problems.”

On the separation of businesses, the report said ABSs should be permitted legal and non-legal services, and unless the public interest “demonstrably” required otherwise.

“Lawyers should be able to package the work that they do differently,” Mr Headson said. “It’s time to start thinking about which services can only be provided by lawyers, and which can be done more efficiently, less expensively, and in ways that resonate with clients. This could be done by other professionals under the supervision of lawyers.”

Mr Headon concluded: “Lawyers, as most people, can be resistant to change. But not being open to changes the profession needs if it is to remain relevant means those lawyers risk becoming obsolete, or get left behind when their more flexible, innovative colleagues prove there’s a better way to do things.”

The report’s recommendations, presented yesterday to the 2014 CBA Legal Conference in St John’s, Newfoundland, require the approval of the council of the CBA. The association represents 37,500 lawyers, law teachers and students across Canada.

Leading Canadian commentator Jordan Furlong said the report “has the potential to help usher in a new era in legal services on this side of the Atlantic, and to utterly remake the Canadian legal market in any event”.

The ABA said it would “test new ways to empower lawyers to deliver affordable online legal services to small businesses and the self-employed” through a pilot programme designed to connect the ABA’s network of lawyers to clients through Rocket Lawyer’s cloud-based platform.

The ABA has also launched a commission on the future of legal services with the aim of expanding access to justice through innovation and technology.