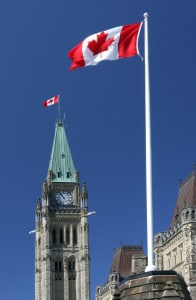 North America is slowly moving towards opening up their legal markets, with Canada looking at non-lawyers to represent people with family law problems, and the American Bar Association setting out principles that should govern the regulation of “non-traditional legal service providers”.

The Attorney General of Ontario and the Law Society of Upper Canada are reviewing ways to improve access to justice for families given that in 2014-15, over 57% of Ontarians did not have legal representation in family court.

The review – led by a former chief justice of the Ontario Court of Justice – is considering whether a broader range of providers, such as paralegals, law clerks and students, should be allowed to handle certain family law matters. It will also ask for input on what types of legal services, if handled by a broader range of legal service providers, could improve the family law system and how alternative service providers could be held accountable.

“The challenge is to develop a regulatory framework that broadens access but still ensures the competence of legal service providers and the quality of service they provide,” the review said.

Paralegals in Ontario are already regulated by the law society, but only lawyers are allowed to act in family law cases.

The Attorney General, Madeleine Meilleur, said: “Navigating the family law system without the help of a qualified legal professional can be a daunting task, yet so many Ontarians feel they have no other choice. I am grateful that Justice Bonkalo has agreed to lead this review, which I hope will identify new ways to connect families to more accessible and affordable legal advice and support. I look forward to the results of this review.”

Meanwhile, a divided House of Delegates – the governing body of the American Bar Association (ABA) – passed its resolution, which acknowledged the changing the legal marketplace. Though it does not say so specifically, online legal services provided by non-law firms such as LegalZoom and RocketLawyer are likely to have been particularly in the minds of many.

ABA rules are only guidance to the highest court in each state, which under the federal system set their local profession’s rules.

“We must embrace change in terms of how it will help the public that we are sworn to serve,” said Judy Perry Martinez, who chairs the ABA Commission on the Future of Legal Services. She added the resolution was “neutral” to the concepts of alternative business structures and fee splitting.

However, opponents – who argued that online legal services fell short of all ethical considerations – added a section to the resolution reaffirming ABA policy against non-lawyer ownership of law firms, gaining near unanimous support in doing so.

The principles included “meaningful access to justice and information about the law, legal issues, and the civil and criminal justice systems”; transparency regarding the nature and scope of legal services to be provided, the credentials of those who provide them and the availability of regulatory protections; independence of professional judgment; and accessible civil remedies for negligence and breach of other duties owed, disciplinary sanctions for misconduct.