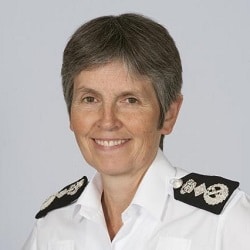 Criminal defence solicitors in London yesterday threatened to stop attending police stations and a protocol to protect pupil barristers was published among efforts to protect the profession during the coronarivus pandemic.

The London Criminal Courts Solicitors Association (LCCSA) warned Metropolitan Police commissioner Dame Cressida Dick that it would act if she did not.

In an open letter, it complained that the measures imposed to curb the spread of Covid-19 have yet to reach police stations.

“Members are reporting unsanitary conditions, a lack of proper communication regarding risk assessments and a failure to prioritise urgent cases.

“Meanwhile it appears no efforts at all have been made towards adopting technology which would allow legal representatives and appropriate adults to attend interviews remotely (as translators often do). This cannot continue.”

It urged the commissioner to reserve arrests for essential cases, with an increased use of street bail and voluntary interviews and postal requisitions delayed for two months where possible.

In the “rare cases” where detention and interview of suspects was immediately necessary, the LCCSA said solicitors and appropriate adults to be permitted to attend via video-link.

“Remote representation is never ideal, but poses a particular issue for mentally vulnerable detainees and those with learning difficulties and communication disorders. These defendants should be bailed for future interviews in all but the most serious cases.”

Where physical attendance was still required, the association said a Covid-19 risk assessment of defendants should be carried out, with the results made available to the parties in advance of their attendance. There also needed to be regular deep cleans of all facilities and hand sanitiser made widely available.

“If these measures are not urgently adopted, we will have no choice but to advise our members not to attend police stations to represent defendants.

“It is our collective responsibility to uphold law and order in a way which prioritises public health in these extraordinary circumstances.”

Separately, guidance from the Legal Aid Agency has made clear that where duty solicitors are unable to meet the requirements of their contract due to Covid-19, “we will not take any contract action”.

Meanwhile, the Legal Sector Workers United – a union which represents a broad spectrum of workers in the legal world, including qualified and trainee lawyers – issued a protocol for pupil barristers which highlighted the “imbalance of power between members of chambers and pupils” as well as the “culture of expectation” on pupils and the “enormous pressures as a result of their precarious positions, to the extent that they may feel unable to say no to requests by chambers”.

It called on the inns of court to set up a joint Covid-19 fund to support chambers in their duty to finance their pupils, aimed particularly at those chambers that pay the minimum pupillage award and/or funded primarily through legal aid work.

The protocol continued that chambers should commit to funding pupils throughout the pandemic and to the conclusion of their pupillage, including any extension.

It went on to urge chambers to take “all necessary steps” to facilitate pupils’ smooth transition from their first to second six.

“Chambers should recognise that there is no requirement by the Bar Standards Board for pupils to complete court advocacy during pupillage in order to obtain their practising certificates,” the union pointed out.

It said pupils should not be pressured into attending in-person hearings and that, where they cannot undertake a sufficient amount of court work, “chambers should provide them with paperwork to allow them to continue their training” and remunerate them appropriately for it.

The inns should then ensure all compulsory training is available to pupils online and chambers should facilitate pupils transfer to tenancy.

Meanwhile, the Junior Lawyers Division (JLD) of the Law Society has added to pressure on the Solicitors Regulation Authority (SRA) not to postpone upcoming legal practice course exams.

In a letter to SRA chief executive Paul Philip, JLD chair Charlotte Parkinson wrote: “We understand the SRA’s need to maintain the integrity of exams. However, we are concerned about the implications of delaying LPC exams until autumn 2020, as was the SRA’s initial response.

“Importantly, there is no known timescale for this virus and its implications on society. It therefore seems unworkable to suggest a later timeframe to simply postpone exams until. An alternative solution needs to be found now.”

It laid out a series of concerns similar to those cited by students last week, including the “serious implications” a delay would have for those with training contracts due to commence in September 2020. “It will be a heavy burden for those that have to sit exams alongside work,” she said.

There was also no guarantee that employers would grant trainee solicitors study leave to sit these exams, she continued, while it was possible that employers might postpone the training contract, “meaning that the student is potentially left with no job, and consequently no income (alongside escalating debts), for an unknown period of time”.

Her possible solutions were doing the exams online, submitting coursework instead, holding video assessments for ‘live’, practical exams such as advocacy and client interviewing, or coming up with a grade based on their work to date.

Ms Parkinson also urged the SRA to provide guidance to solicitor apprentices and trainee solicitors about their qualifications.

The SRA said yesterday that it was still considering the position for education and training.

Finally, the Bar Council said the government has confirmed that barristers who are self-employed sole traders and chambers which operate as unincorporated trade protection associations qualify for the Coronavirus business interruption loan scheme and the VAT deferral for businesses.

It was already the case that chambers that operated through limited companies were eligible.