Call to understand impact of menopause on family clients and lawyers 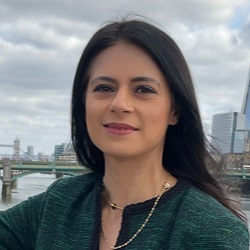 Family law specialists need a better understanding of the impact of the menopause on clients – and female lawyers too – according to the solicitor launching a project to highlight the issue.

Farhana Shahzady, director of Family Law Partners, has launched a survey of solicitors, barristers and mediators as the first stage of the Family Law Menopause Project.

The menopause affected “a significant number of clients” but was often hidden, she said – the biggest cohort of female divorce clients was aged 45-55, which was a very similar age profile to women going through the menopause.

“This has to be an issue for all practitioners,” she said. “The way clients give instructions can be impacted – they can either be taciturn or very muddled in their thinking.

“This could be because of the hormonal changes they are going through, causing brain fog, panic or stress.

“It is something we do not address with our clients head on. It’s a difficult conversation to have. Menopause concealment is a thing. You get a lot of people saying they do not know what the problem is.”

The solicitor said that, as well as having an impact on clients, menopause had affected her and her peers.

“There are lawyers who do not seek promotions because they feel overwhelmed by it. They often go part-time or move into dispute resolution.

“I need to lean on colleagues more, but I’m in a very supportive environment. Many women simply give up.”

Ms Shahzady said a survey last year found that one in eight women had resigned due to the menopause and nine out of ten said symptoms had negatively affected their work.

She said the impact of menopause on work had a “knock-on effect” on divorce and the debate over spousal maintenance.

The Divorce (Financial Provision) Bill, a private member’s bill introduced by Baroness Deech, former chair of the Bar Standards Board, would limit maintenance to five years unless the spouse would suffer “serious financial hardship”.

Ms Shahzady went on: “There is a problem with this desire to cut off maintenance if you look at it through the lens of menopause. You could have spent five or 10 years looking after children and then be asked to go back into the workplace with the menopause.”

There was a general lack of support and information, she said, and fewer than half of GPs had been trained on the issue, leading to situations where women who did not know they were menopausal were diagnosed with stress or depression.

A further question was whether the courts were addressing the needs of women going through the menopause.

She knew of a female doctor who specialised in the menopause, who told a judge that because she was herself menopausal she would have to give up her practice, evidence that the judge rejected. She later left her job for that reason.

Ms Shahzady added that the results of the survey were expected by the end of March, after which a decision would be made as to whether to move on to a survey of clients.

We reported last year on a QC describing how going through an early menopause at the age of 37 made her feel she was “losing her mind” and left her a “hair’s breadth away” from leaving the Bar.