Call to investigate barriers to ABSs moving into other professional services 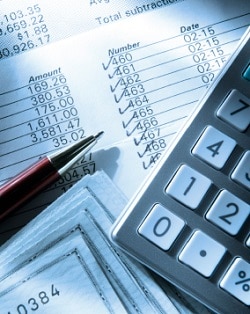 The Solicitors Regulation Authority (SRA) should investigate whether there are regulatory barriers to law firms that become alternative business structures (ABSs) providing other professional services such as accountancy and surveying, rather than vice versa, a report it commissioned has recommended.

The SRA commissioned an evaluation of the impact of its reform programme by Kent-based research consultancy the Centre for Strategy and Evaluation Services, and Dr Christopher Decker of Oxford University.

In a section on ABSs, the impact study noted that “it may be more common for other professions to expand into legal services rather than vice versa”.

It continued: “None of the firms interviewed were law firms that had expanded into the provision of accountancy services.

“There may be barriers to the employment of other professionals, such as surveyors, within ABSs regulated by the SRA.”

The issue was worthy of further exploration, the report said, “in order to improve opportunities for law firms to provide a better service to consumers and enjoy increased growth and profitability”.

It said the 700+ ABSs licensed by the SRA to date showed there was demand for them.

The report continued: “The reforms have contributed to diversifying the ownership of law firms with many firms now owned by foreign law firms, local authorities, trade unions or other professionals. Some existing law firms have welcomed the opportunity to extend ownership to valued non-lawyer employees.

“The reforms have stimulated a gradual evolution rather than a sudden disruption in the legal services market. For many existing law firms, conversion to ABS has meant ‘business as usual’, except that some non-lawyer employees have now been brought into the partnership or allowed to own shares.”

The impact of retail brands has been less than expected, the report noted, but it said “the reforms have enabled more comprehensive service offers to clients, such as combining legal services with other professional services (e.g. accountancy) or combining car repair, car hire and medical services with insurance claims”.

Among other recommendations, researchers advised the SRA to undertake “more comprehensive research” into all ABSs to determine the short-term effects of conversion.

“In time, [the SRA should] undertake more comprehensive research to identify the long-term effects on providers, consumers and the market in general.”

It was too early for the study to draw firm conclusions, not least because future reforms would influence the outcome.

The SRA explained: “The study has therefore identified the likely trends and ‘direction of travel’ resulting from the reforms using qualitative, rather than quantitative and financial indicators of impact.”