Call to beef up rules on discrimination and harassment by barristers 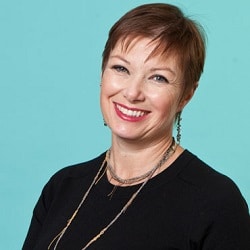 The rules against discrimination and harassment by barristers need to be strengthened by removing the requirement that the actions be unlawful, two QCs have argued.

Darren Howe QC and Professor Jo Delahunty QC also said the working environment for barristers has become “a more hostile place than it once was”.

The pair were writing for the Bar Council’s magazine and noted how the BSB Handbook told barristers that they must not discriminate, victimise or harass unlawfully, and listed the protected characteristics.

“But what of those persons who are harassed or victimised on grounds that do not fall within those mentioned or for reasons that cannot be proved as falling with those categories or for purposes that simply cannot be identified?

“It is our view that the rules of the Bar should protect everyone from harassment, victimisation and bullying. Many, even most, of the oppressive behaviours we endure from others when at work do not fall within the category of ‘unlawful’ discrimination, victimisation or harassment.

“In our view, unlawfulness should not be the benchmark for assessing whether behaviour is appropriate.”

The silks continued that bullying should be added to the list of other conduct which is likely to be treated as a breach of the core duties to act with integrity and uphold trust in the profession.

They also observed that nothing in the code focused primarily on how barristers behaved towards each other – rather, the 2012 equality rules introduced minimum requirements for chambers and other entities. 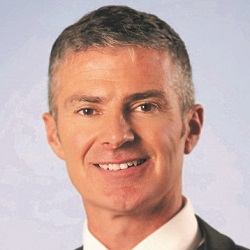 The QCs said a non-exhaustive definition of bullying “must be adopted”, explaining: “The lack of any definitional guidance signifies (wrongly) that bullying is somehow less oppressive than other forms of abuse. If the Bar cannot codify, define and prohibit this behaviour, what chance do we have of persuading the Judiciary that they should do so?

“It seems that ‘the buck’ has thus far been passed to chambers at best, and individuals at worst, rather than this issue being addressed more centrally by our profession.”

The article concluded: “It is our experience that the working environment for barristers has become a more hostile place than it once was.

“One source of that hostility comes from our opponents. As with the bullying judges, all who work in your area will be able to name the opponents known to be difficult, aggressive and often rude. We cannot complain about our wellbeing at work if it is us causing unnecessary stress to others by the manner in which we conduct ourselves.

“We must remember that our own behaviour impacts on others. We are unlikely to know what challenges our opponents might be facing so be courteous and respectful.

“If you let work stress or personal problems get to you and your own behaviour falls short, then own that and say ‘sorry’. Don’t let pride stand in the way. You do not need to be aggressive to win your case. Do as you would be done by. Reputations matter in our profession. We all ‘talk’, so do the right thing.”

They also called for ongoing training for judges on appropriate behaviour towards advocates in court.

“We are not there to be shouted at, insulted or belittled. The days of the screaming Dickensian judge hectoring counsel should be long over. They aren’t yet.”