Call for QC reaccreditation as QASA challenge staggers on 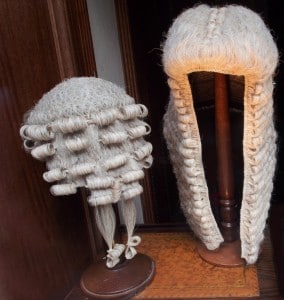 QCs: should the power exist to de-wig them?

The possibility of introducing re-accreditation for QCs, meaning that silk would no longer be a permanent appointment, and a power to strip them of the rank in the event of misconduct, was floated last week.

The revelations came in the published by the Legal Services Consumer Panel, which found QC Appointments the least compliant of the 14 schemes when judged against 10 characteristics the panel said they should have so as to satisfy consumers that their members are genuine specialists.

One of these is having structured re-accreditation, which does not occur once silk is awarded and so failed to meet the panel’s criteria. But the panel noted that QC Appointments “have stated that they would be happy to consider, in conjunction with the professional bodies, introducing such arrangements if there was evidence of consumer detriment due to their absence – however, no research has been carried out in this area to date”.

Another of the panel’s concerns related to the absence of sanctions and disciplinary processes that specifically relate to QCs, meaning again the scheme failed to meet the criteria.

It said: “The panel understands that where a QC is disbarred or struck off, the title can be removed. However, as the title of QC is supposed to provide a guarantee of excellence, it seems anomalous that the title cannot be removed except in such serious circumstances.

“We would expect to see a process whereby if conduct falls in any way short of the expected standard, there is a way for that to be identified and dealt with before it reaches the stage of disbarment.”

The panel was also unconvinced by how the QC scheme met the goal of monitoring its effectiveness and being periodically reviewed, marking it as only partly meeting the criteria.

“There is no testing of whether the scheme delivers higher quality providers, although QC Appointments does regularly seek feedback from the professions and the senior judiciary on the operation of the scheme and its outcomes.

“QC Appointments believe that any serious or widespread concerns about the scheme would soon be made known to them through these channels.”

Meanwhile, the legal challenge to the Quality Assurance Scheme for Advocates (QASA) will stagger on, after the claimants applied to the Court of Appeal for an oral hearing of their application for permission to appeal.

It is not yet known when this will be considered.