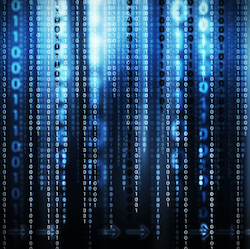 The Ministry of Justice (MoJ) should create an independent body charged with investing in legal technological innovation in the public interest, to break the “logjam” between government and a legal profession seeking a return to a legally aided past, according to a justice charity.

Arguing that a stand-off between the two sides had created paralysis to the detriment of those suffering unmet legal need, the Centre for Justice Innovation said a body focused solely on backing innovation was necessary to accelerate change.

It also recommended crime prevention technologies such as artificial intelligence (AI), and decision-making and predictive technologies based on ‘big data’ should be cautiously introduced into the criminal justice system.

In a report Just technology – emergent technologies and the justice system… and what the public thinks about it, the centre found public opinion on technology and criminal justice to be nuanced, favouring its greater use where the alleged crime was less serious.

The centre said the new body should be independent and arm’s length, and “tasked with investing in trialling new ways to expand legal advice to the public”.

It added that it would allow “providers and service users to test out, explore and refine new technologies that widen access to justice”.

It would be, the centre said, “infinitely more preferable to either a callous, unthinking penny pinching diminution of justice or to the ossified mud fight that has marked too much of the ‘debate’ about securing justice for our citizens for too long”.

Additionally, the MoJ should “explicitly commit itself to investing in the trial of online legal advice services whereby citizens can manage their own legal issues across a range of legal problems” and invest in evaluations to test the efficacy of these trials.

The centre argued that introducing new technologies into the criminal justice system carried both risks and potential benefits but, on balance, it was “a risk worth taking”.

The report included an opinion poll of 1,650 adults. It found considerable scepticism about the use of video technology for trials and serious offences. Three-quarters opposed its use in murder cases and two-thirds in rape cases and trials generally.

However, a similar proportion supported the use of an online court process for low-level matters resulting in a fine, while just one in five were opposed.

The centre was doubtful that online courts for criminal matters was appropriate and cited a widespread belief that low-level matters should be deemed civil, not criminal.

It said: “Going to court in your pyjamas may seem an attractive prospect. It may be appropriate when you are in dispute with someone mis-selling you a product on eBay.

“But is it really suitable for matters in which society has identified unacceptable behaviour and made it subject to criminal sanctions?”

It devised seven principles against which an application of new technology should be judged. These included humanity, procedural fairness, transparency and accountability.

Crime prevention technologies that should be introduced, subject to the principles, should include data analysis based on big datasets; automated facial recognition; and predictive policing – using “mathematical, predictive and analytical techniques in law enforcement to identify potential criminal activity”.

Yesterday we reported that the Lord Chancellor had backed a panel of industry professionals “to support and accelerate the development and adoption of innovative new legal technologies”.