US should “prod” UK into action over oligarch enablers like lawyers 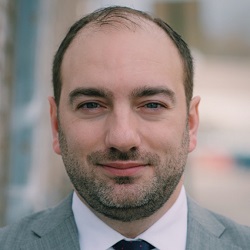 The US and its allies should take “significant steps to crack down on the Western enablers of Russian kleptocracy” such as law firms, an influential American think tank has argued.

The call is the latest spotlight put on the work of lawyers for Russian oligarchs and others in what has been termed ‘lawfare’.

We reported last week on a House of Commons debate on lawfare, in which one Conservative MP urged the government to “end the cancer” of high-end law firms selling “intimidation services” to oligarchs and others trying to use the legal system to silence journalists and critics,

The Center for American Progress (CAP), Washington DC’s leading liberal think tank, identified targeting oligarch wealth and influence as one of the steps the West should take were Russia to invade Ukraine.

Its report said the US should propose creating a “standing US-UK joint counter-kleptocracy working group”. Author Max Bergmann, a senior fellow at the CAP, said the aim was “in part to prod stronger action from the UK government”.

He explained: ““The United Kingdom, in particular, has become a major hub for Russian oligarchs and their wealth, with London gaining the moniker ‘Londongrad’.

“Uprooting Kremlin-linked oligarchs will be a challenge given the close ties between Russian money and the United Kingdom’s ruling Conservative Party, the press, and its real estate and financial industry.”

This should also include taking “significant steps to crack down” on the “enablers” of kleptocracy, such as the law firms, accountants, real estate firms and investment firms “that all profit from integrating Russian oligarch wealth into the West”.

The report said: “The United States and its allies should adopt strict regulations and laws that require transparency and limit the anonymity that allows dirty money to penetrate Western democracies.”

It argued that the oligarch class was “vulnerable”, as Russian oligarchs have “planted their money in the West” and sent their children to its schools and universities. “Uprooting the influence of Russian oligarchs will require aggressive sanctions, legal enforcement, visa bans, and restrictions.”

Separately, Professor Richard Moorhead of Exeter Law School – arguably the leading academic on lawyer ethics – has agreed with doubts about the robustness of legal regulation raised in the Commons debate.

Writing on his blog this week, he said: “There are questions about money-laundering compliance and due diligence on claims as well as litigation tactics which need looking into as well as the adequacy of court responses to dubious litigation practices.

“The courts sometimes scold lawyers, in the manner that contrast markedly with their treatment of immigration practitioners, and less commonly refer cases on to the [Solicitors Regulation Authority]…

“Many cases seem to disappear into a confidentiality drenched black-hole. Some emerge, plenty do not. Either way, years often pass. Both the courts and the regulators need to up their game.”

He also questioned the defence of the cab-rank rule put forward during the debate by Sir Bob Neill, Conservative chair of the justice select committee, who said: “Barristers do not and should not have the luxury of making moral choices about the people for whom they act; that is the essence of independence and objectivity at the Bar.”

Professor Moorhead responded: “Perhaps not the wisest point to raise, however correct, given how it underlines how the cab-rank rule helps structures a truly free market for legal services for the really rich only.

“It is not a rule only for the rich, and in spite of what I say here I am willing to support it, but it is mainly a rule for them and the barristers that benefit.”

He added: “For those of you wondering if it means the barristers get dirty money guilty fee, Sir Bob has an answer: that’s for the solicitors to sort out through money laundering obligations. Nice work if you can get it and not agonise about the consequences.”