Call for review of regulator costs in unsuccessful prosecutions 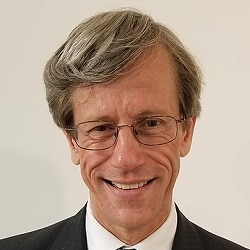 Arnold: Decisions have not been evidence-based

The Law Commission should review whether regulators such as the Solicitors Regulation Authority (SRA) should be insulated from costs orders in disciplinary actions they lose, a Court of Appeal judge has suggested.

The starting point that they should not has grown up in the common law but not been examined in the round, said Lord Justice Arnold.

The approach recognises that regulators carry out their functions in the public interest and should not discouraged from doing so by the risk of costs if a proper decision is successfully challenged – they are not seen as ‘ordinary’ litigants.

In a decision published last week, the Court of Appeal ruled the starting point in the Competition Appeal Tribunal (CAT) was that no order for costs should be made against an unsuccessful regulator acting purely in its regulatory capacity, in this case the Competition and Markets Authority (CMA).

There could be good reason to depart from this, the court continued, but the mere fact that the regulator has been unsuccessful was not enough.

A similar principle was established in relation to costs orders by the Solicitors Disciplinary Tribunal in the 2007 case of Baxendale-Walker v Law Society, and the Court of Appeal in the CMA case cited this as it reviewed the law in analogous situations.

In Baxendale-Walker, the Court of Appeal said that when the Law Society (now the SRA) was discharging its responsibilities as a regulator of the profession, “an order for costs should not ordinarily be made against it on the basis that costs follow the event”.

It continued: “The ‘event’ is simply one factor for consideration. It is not a starting point… One crucial feature which should inform the tribunal’s costs decision is that the proceedings were brought by the Law Society in exercise of its regulatory responsibility, in the public interest and the maintenance of proper professional standards.

“For the Law Society to be exposed to the risk of an adverse costs order simply because properly brought proceedings were unsuccessful might have a chilling effect on the exercise of its regulatory obligations, to the public disadvantage.”

Giving a concurring judgment in the CMA case, Arnold LJ said there were “respectable arguments” both in favour of this approach and against, so that costs follow the event.

He said the courts have resolved these competing arguments “by the classic common law method of making a series of decisions, initially on a case-by-case basis, which have come to be recognised as establishing a general principle”.

He continued: “In proceeding in this way, the courts have relied, as the common law always does, upon the experience and judgment of the judges involved, some of whom were very distinguished.

“It is fair to say, however, that the decisions have not been evidence-based, nor have the courts been able to take into account any wider considerations of policy than those discussed in the cases.

“In those circumstances there may be merit in the issue being considered by the Law Commission.”

We reported earlier this month that the SRA has failed in at least eight prosecutions over the past year, an event that used to be vanishingly rare.

In most of them, there was no order for costs, although the Solicitors Disciplinary Tribunal can and sometimes does still award the SRA some of its costs, recognising its public interest role.

The tribunal did this in one case last year when it considered that the respondent non-solicitor’s conduct of the case had increased its costs.