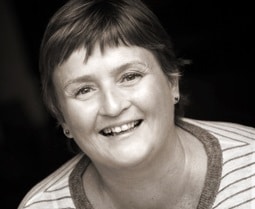 Training law students in emotional competency, and a change in culture, led from the top, in law firms and chambers are among the shifts needed to combat the growing problem of stress in the legal profession, according to a roundtable held in the run-up to Mental Health Awareness Week, which begins today.

Mental health charity LawCare has also distributed new leaflets, posters and digital collateral to over 50 firms, chambers and professional bodies in a bid to reach more lawyers during the week.

The roundtable, held by the Legal Professions Wellbeing Taskforce, agreed that understanding your own emotions and personal values was vital in dealing with stressful and difficult situations in the workplace.

Caroline Strevens, head of the law school at Portsmouth University, said law schools had “an ethical imperative to prepare graduates for the real world of work”.

But there was also a major role for law firms and chambers to help change the profession’s culture, with Kayleigh Leonie, Law Society council member for the Junior Lawyers Division, saying that junior lawyers found it difficult to speak up in a traditional, hierarchical law firm.

It was for senior leaders to change their organisation’s culture by being more open, and normalising discussions about mental health and wellbeing.

Dr Vanessa Davies, director-general of the Bar Standards Board, said law firms and chambers needed to recognise the effects stress could have on their bottom line and see the business case for better supporting staff with these issues.

There was a debate about the extent to which regulation could ensure emotional competency. Julie Brannan, director of training at the Solicitors Regulation Authority, argued that “you can’t change culture from writing a rule”, but acknowledged that greater collaboration between academic institutions and regulation would be helpful.

However, Helen Whiteman, CEO of CILEx Regulation, felt that resilience could be built into standards and also that when regulators developed a new policy or procedure, they should consider the emotional impact on the profession.

Elizabeth Rimmer, CEO of LawCare, said: “The purpose of the discussion was to look at how we can better equip lawyers with the tools they need in a challenging working environment.

“We hope it will lead to greater collaboration on this issue, as well as all sectors looking at what they can do to ensure legal professionals are emotionally competent.”

The theme of this year’s Mental Health Awareness Week is ‘Stress: Is Modern Life the Problem?’.

Ms Rimmer said: “Life in the law can be challenging and sometimes things can get on top of you. This Mental Health Awareness Week we are asking ‘How are you, really?’ We want to help as many people as we can in the legal profession who are feeling stressed or depressed or have any other issue.

“We are very grateful to all the law firms and chambers who have supported our campaign and agreed to distribute information about LawCare and would like to encourage others to get in touch with us if they would like to get involved.”