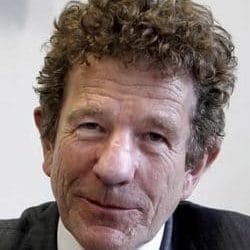 Faulks: Call for restraints in bill

A future Lord Chancellor could impose “quite radical changes” on the court system unless changes are made to the Courts and Tribunals (Online Procedure) Bill, peers have warned.

Lord Faulks, the former justice minister, said there was nothing in the bill to prevent a Lord Chancellor “doing away with oral hearings” or ordering disputes to be “resolved by officials” employed by the government.

“What safeguards are there in the bill to prevent a minister imposing unsuitable rules on the committee? Should there not be some restraints built in?

“I appreciate that this may seem alarmist, but all governments want to save money and hearings cost money. More worrying is the possibility of a government of an extreme nature, left or right. This is not impossible in these volatile political times.”

Lord Judge, a former Lord Chief Justice, told peers during the bill’s second reading that he found the Lord Chancellor’s dominance over the new rules committee “rather astonishing”.

The bill is aimed at facilitating the court modernisation programme and particularly the online court, and Lord Judge said that, though it was “modest and short”, it was “wide-ranging” in its scope and consequences.

“Effectively, this bill covers all non-criminal proceedings: every single case in the Family Division or the family courts, or the magistrates’ court doing family cases; every single employment case; every single tribunal case, and every single civil case whatever its value.”

“Let us contrast this new committee, which is vested with these vast powers. It will have five members, two of them nominated by the Lord Chief Justice and three appointed by the Lord Chancellor, empowered to look at all these issues.

“At the end of their consideration of the issues and what regulations should be introduced, the recommendations of three members of the committee will be sufficient to enable the Lord Chancellor to introduce the relevant regulations.”

Lord Judge said the Lord Chief Justice had to be consulted, but if he did not agree, the Lord Chancellor could go ahead anyway. Given “the breadth of proceedings” covered by the new committee, this was “rather astonishing”.

Lord Thomas said the government should make clear in the bill that assistance would be provided “not only for those who find it difficult to use digital equipment but for those who wish to try to understand more complicated issues, by having access to advice online”.

Lord Marks, a Liberal Democrat peer and barrister, said he could not understand why the government could not commit in the bill to ensuring “not only that practice and procedure under the rules are accessible and fair but that users will be able to secure adequate help in handling the new online procedures”.

Lord Beecham, a solicitor and Labour frontbencher, said both barristers and solicitors should be represented on the new committee.

Under the bill, the committee is made up of two judges, a lawyer (who could be either a barrister, solicitor or chartered legal executive), an expert on the lay advice sector and an IT expert.

Lord Keen, the government’s justice spokesman in the Lords, said it planned to introduce online procedures to money claims first, and then to family law. He was not aware of “any intention” to extend it to the Court of Protection or housing claims.

On digital assistance, he said there were already plans for online, telephone or face-to-face support, and that people would be able to make claims in writing, which could be scanned into the system.

He said he did “not consider it necessary” to add a specific provision to the bill.

On membership of the new committee, he said it “should be kept relatively small and flexible”, although changes could be made later.

Lord Keen said he had heard what had been said by peers on the roles of the Lord Chancellor and Lord Chief Justice but there was “a balance to be struck”.

He added that the government intended to hold an interim review of online procedures “in about 2021 and a completed review in about 2023 or 2024”.