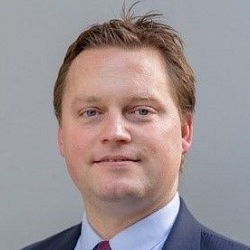 Around one in six young barristers want to leave the profession, while a third have experienced bullying or harassment, according to the Bar Council.

Research argued that culture shifts were needed to make the Bar a better place for young lawyers, including fairer work allocation and more manageable workloads.

The top issues cited by young barristers who wanted to leave were working hours, unpredictability of working hours and “the potential mental health consequences” of remaining at the Bar.

One said: “There really there needs to be a lead from the top. We need very senior people to demonstrate that they have work-life balance. Juniors can’t assess what is reasonable or unreasonable, so they’re vulnerable.”

The report Life at the Young Bar was commissioned from the Careers Research & Advisory Centre and based on the findings of last year’s Barristers Working Lives survey, combined with a series of focus groups.

When young barristers were asked how they would like their working lives to change in the future, the two most popular choices were more remote working (48%) and more flexible working (43%).

Researchers said: “The ability to continue some extent of remote working beyond the pandemic emerged as the most popular aspiration for change to working practice.”

The pandemic led to a “polarisation” in the working hours of young barristers, with a quarter working 40 hours or less every week and nearly half working over 51 hours – respectively less and more than before the pandemic.

“This polarisation was to some extent due to individuals’ area of practice; the highest hours tended to be worked by those in criminal and family law, and generally workloads for young barristers have not returned to the relative stability of pre-pandemic practice.”

The bullying or harassment was either in person or online, with other barristers the main source (63%), particularly for women, as opposed to the judiciary (43%).

Women were nearly three times more likely to have experienced it than men.

The report said: “What emerged was a consistent picture where many older male (white) barristers would seek to belittle relatively inexperienced, young female barristers whom they came up against in court.

“In order to wrong-foot their opponent and increase their chance of winning their case for their client, they would forcibly tell the female barrister that her case was weak, that this particular judge would not like it, that they were certain to win so there was no point in the women pushing her case.”

Several young barristers told focus groups that some judges were “well-known on the circuit for being sexist and/or racist and that as a young barrister their chambers or other colleagues would try to warn them to expect such an attitude in that particular court”.

Another barrister said she was asked by a judge: “Could the dark woman speak?”

She went on: “At that time I cried every evening, I thought about leaving the Bar. I did use the reporting tool but didn’t feel I could raise it directly with the judge because it might hurt my client’s case.”

There should be “a conversation across the profession about acceptable adversarial behaviours and what constitutes bullying or harassment”.

Discrimination against women and under-represented groups in the young Bar “appears to be deep-rooted and needs to be stopped”.

The report recommended that work allocation be made fairer and workloads more manageable “in order to avoid burn-out and the loss of young barristers from the profession”, and this required “culture shifts”.

Michael Polak, chair of the Bar Council’s young barristers’ committee, commented: “This research should act as a wake-up call for those interested in the future of the profession. It’s clear we need to modernise the way that the Bar operates.”

Mark Fenhalls QC, chair of the Bar Council, added: “Our profession has been ageing rapidly and we can ill-afford to lose the next generation for any reason.

“Increased use of technology can lead to some greater efficiency, but it can also make the training and development of young lawyers more difficult and leave many feeling isolated and disillusioned.”