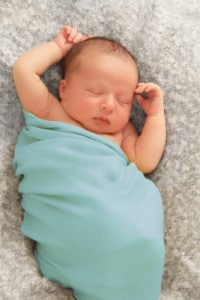 The Bar Standards Board is to investigate whether male barristers with new-born children should be entitled to a form of shared parental leave (SPL), with the Bar Council calling for provisions which would give them a rent rebate from their chambers while not working.

It comes as a barrister candidate for the Greater London Assembly elections next month said the Bar cannot achieve gender equality without help from society as a whole.

SPL came into force on 5 April 2015, but as self-employed professionals rather than employees, barristers do not benefit from the right to care flexibly for a child in its first year of birth or adoption.

However, a self-employed female barrister can choose to reduce her maternity allowance and pass her entitlement to an employed partner, if they are eligible.

The Bar Council has recently written to the BSB requesting that it amend current guidance on parental leave to accommodate SPL, according to Rachel Crasnow QC, who chairs of the legislation and guidance panel reporting in to the Bar Council’s equality, diversity and social mobility committee.

A BSB spokeswoman confirmed to Legal Futures that the regulator is “just about to launch a new project exploring a potential rule change around SPL for the self-employed Bar”.

Writing on the Bar Council website, Ms Crasnow said it would be a “huge missed opportunity” to ignore SPL. The BSB’s equality rules and Bar Council guidance on maternity leave have made a “huge difference to barristers’ lives by – at the very least – reducing the financial burden of rent during maternity leave periods”.

She continued: “None of this was legally mandated. But it was to everyone’s advantage. Chambers were more likely to retain those skilled women they had invested in for years. The Bar as a whole could avoid becoming an institution where mothers often found it impossible to combine professional and maternity commitments. Individuals could maintain their careers.”

Ms Crasnow said the main reason why sole breadwinners at the Bar would argue they could not take parental leave is that they could not afford it. “So why not allow them rent rebates which mirror maternity leave provisions or at least provide a six-month rent rebate – as long as they agree not to work during that period?

Where a couple in chambers both wanted to take time off during their baby’s first year, she added, the total maternity leave on offer could be split between them with a six-month cap on the father’s leave/rent rebate period.

“The BSB might choose to recommend implementation of a parallel allowance to the parental leave or rent relief currently available to ‘the main’ carer. For example, taking the BSB minimum standards, rent relief would not exceed 6 months and leave could be up to one year.

“But encouraging fathers to take such leave – whether for three weeks or three months – by a rent rebate system would make the possibility of parental leave for fathers less wishful thinking and more culturally acceptable.”

Meanwhile, also writing on the Bar Council website, Harini Iyengar, a barrister at 11 Kings Bench Walk and Greater London Assembly candidate for the Women’s Equality Party, said she had realised after 17 years of practice as a lone parent that “the profession alone cannot achieve equality for women at the Bar”.

Attitudes towards sexual harassment, in particular, have “improved dramatically”, she said, but added: “In my opinion, the Bar as a profession has made satisfactory and sincere attempts to achieve gender equality, and it is finally time to accept that those attempts have failed.” This was reflected in a Bar Council report last year.

Ms Iyengar said it was time to take a step back and “ask what we can do as citizens to achieve practical change for women barristers in our lifetimes”.

Describing the Women’s Equality Party – which after just a year of existence has more than 45,000 members – as the fastest-growing party in the country, she said it was committed to government-funded childcare for all children from nine months of age, including a voucher option for those who need more flexible childcare.

“Equality is not a box to be ticked at the end of a report, but should pervade all aspects of our policy-making, as a profession and as a nation. When the Bar reaches the limits of what it can accomplish as a profession, it is time to remember that we are all equal at the ballot box.”