California considers leading way in US on non-lawyer owners 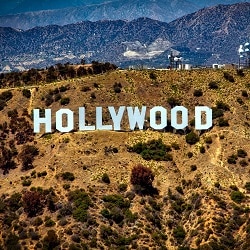 The State Bar of California has been urged to take the lead in the US in allowing non-lawyers to invest in and own law firms.

At a meeting in Los Angeles last week, the bar agreed to set up a task force to investigate the issue after considering a report it commissioned from Professor William Henderson, who holds the chair on the legal profession at Indiana University.

He said that “to foster innovation, the ideal would be to have lawyers and allied professionals working together as co-equals within the same legal service organisation”.

Professor Henderson also noted the appetite from investors to enter the legal market.

The idea of non-lawyer ownership has been considered at various levels in the US for several years, in particular by the nationwide American Bar Association (ABA), but has never garnered sufficient support.

Professor Henderson’s Legal Market Landscape Report found that private investors were “increasingly pushing the boundaries” of the rules banning non-lawyer ownership by funding new technologies and service delivery models “designed to solve many of the legal market’s most vexing problems”.

While he said the legal services markets targeted at consumers and at businesses to be evolving very differently, he argued that what tied them together was “the problem of lagging legal productivity”.

“In contrast to medical care and higher education, however, a growing proportion of US consumers are choosing to forgo legal services rather than pay a higher price.”

This put the legal profession at an “inflection point” that required action by regulators, Professor Henderson continued.

“Solving the problem of lagging legal productivity requires lawyers to closely collaborate with allied professionals from other disciplines, such as technology, process design, data analytics, accounting, marketing and finance.

“By modifying the ethics rules to facilitate this close collaboration, the legal profession will accelerate the development of one-to-many productised legal solutions that will drive down overall costs; improve access for the poor, working and middle class; improve the predictability and transparency of legal services; aid the growth of new businesses; and elevate the stature and reputation of the legal profession as one serving the broader needs of society.”

Professor Henderson said “some US jurisdiction needs to go first”, and that based on historical precedent, the most likely was California.

“The law should not be regulated to protect the 10% of consumers who can afford legal services while ignoring the 90% who lack the ability to pay.

“This is too big a gap to fill through a renewed commitment to pro bono. This is a structural problem rooted in lagging legal productivity that requires changes in how the market is regulated.”

This year marked of a major shift in the way the legal profession in California is organised. The state bar is now a pure regulator, with representative functions – what used to be its various sections – part of the newly formed California Lawyers Association.

Traditionally the bar association in US states undertakes both roles; professional rules are set at a state level, with the ABA producing model rules which are largely adopted by many states.

Meanwhile, at the ABA’s upcoming annual conference, its ruling House of Delegates will be asked to vote on a resolution calling on states to regulate the providers of online legal documents.

The New York state bar and county lawyers associations, which have put forward the resolution, said this would “establish reasonable standards of product reliability and efficacy, provide consumers with information and recourse against abuse, ensure consumers are made aware of the risks of proceeding without attorneys, inform consumers where affordable attorneys can be found, and protect confidential information”.