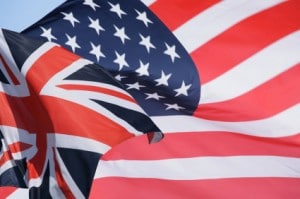 Cahill Gordon & Reindel, based in New York, has become the first US firm to set up an alternative business structure in the UK, Legal Futures can reveal.

Chicago-based Jenner & Block was originally reported to be the first US firm to set up an ABS, but this turned out to be an error by the Solicitors Regulation Authority (SRA).

Cahill Gordon & Reindel (UK) became an ABS on 10 March. Its head of legal practice is Richard Kelly, recently recruited from Shearman & Sterling to lead the expansion of its litigation practice in London. The firm has been in London since 2000.

The ABS’s head of finance and administration has been named as John Westcott Hall III, director of finance at the US firm.

Cahill has obtained a waiver under the SRA Authorisation Rules to enable the ABS’s structure to include managers who do not need to be approved by the SRA – in particular the non-managing partners of the parent firm, which owns the alternative business structure.

The SRA explains that by ‘non-managing’ it means someone who is neither a manager of the UK division, a director of Cahill Gordon & Reindel Limited, or a member of the executive committee and “therefore able to exercise significant influence and control” over the ABS.

ABSs are a sensitive issue in the US as non-lawyer ownership – which is not what Cahill has introduced here – is banned there. Indeed, in a press release issued on 10 April, the firm  described itself simply as a licensed practice, the technical name for an ABS.

Willian Hartnett, chairman of Cahill’s executive committee, said: “Our expanding London presence is a direct response to the needs of our clients. We are pleased that the SRA has authorized Cahill Gordon & Reindel (UK) LLP as a licensed body. Our authorisation from the SRA enables our US and UK practices to work together more effectively and to provide a comprehensive litigation service across those key markets.”

On its website, Cahill says the firm has “thrived for nearly a century by focusing on the most significant opportunities and complex challenges facing the top financial services firms and other multinational corporations.”

The website also says the firm “is known for innovative trial strategies and financing solutions that draw on the strengths of the entire firm and reflect a wider perspective than that typically afforded by the specialized niches and micro practices” that make up a large law firm.

“A passion for challenging and distinctive work is at the heart of our firm culture and explains why Cahill consistently wins cases and ranks among the most active firms in the financial league tables year after year.”