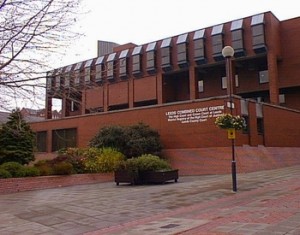 The Court of Appeal has upheld a ruling that Yorkshire law firm Raleys was negligent in its handling of a claim under the government compensation scheme for ex-miners suffering from vibration white finger (VWF).

It backed the decision last July of HHJ Gosnell in Leeds County Court that Ronald Barnaby had abandoned part of his otherwise successful claim as a result of negligent advice.

Mr Barnaby was awarded damages of £5,925 on the basis of the loss of chance of recovery for the ‘services’ part of his claim – in relation to assistance he needed for various household tasks he would have undertaken but for his injury – for which Judge Gosnell said he would have had a 75% chance of success.

Raleys argued that the judge was wrong to find a causal connection between the now admitted negligence and the failure of the services claim.

Lord Justice Maurice Kay said Raleys had made a “sustained and unequivocal” attack on its former client’s honesty, which was “misjudged”. The firm had alleged that Mr Barnaby gave up the services claim because he knew it was based on exaggeration verging on dishonesty.

By contrast, Judge Gosnell’s findings on causation were “unassailable”.

Maurice Kay LJ said: “I am entirely satisfied that the judge correctly assessed the reality behind this litigation. Solicitors who had encouraged and certainly not discouraged the presentation of a services claim are now seeking to characterise it as misconceived on the basis of material which was irrelevant to it and in the face of evidence which would probably have led to its success – or at least the quantified prospect of success – but for the intervention of negligent advice which caused Mr Barnaby to abandon it in circumstances in which neither he nor anyone else would otherwise have abandoned it. There would have been no credible reason for him to have done so.”

Robert Godfrey, a partner at Mellor Hargreaves in Oldham who represented Mr Barnaby at the appeal, said: “This is fantastic result. The Court of Appeal has made clear its dislike of the way Mr Barnaby was cross-examined by those representing his previous solicitors.

“The lengths to which the defendants took this case, which at the end of the day was for such a modest but nevertheless important amount of money, was remarkable.”

The ruling is the latest fall-out from miners’ compensation claims to hit Raleys. In 2009, six partners were sanctioned by the Solicitors Disciplinary Tribunal in relation to a series of allegations, while last year Mellor Hargreaves achieved two other rulings from HHJ Gosnell in favour of former clients in relation to services claims. Raleys has been granted leave to appeal one and is seeking leave for the other.