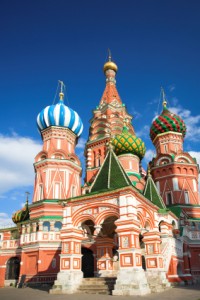 Solicitors do not have to carry out investigative tasks in areas they have not been asked to deal with, however beneficial to the client it might have turned out to be, the Court of Appeal has ruled.

In doing so, it rejected an appeal by a former client of City firm Fox Williams against a decision that cleared the solicitors of negligence.

Lyons v Fox Williams LLP [2018] EWCA Civ 2347 [1] was brought by Cathal Lyons, former chief financial officer and managing partner of operations at EY in Moscow, who had the benefit of accidental death and dismemberment (AD&D) and long-term disability (LTD) insurance policies taken out by his employer.

He claimed under those policies after suffering significant injuries while riding his motorcycle, and retained Fox Williams to advise him.

Mr Lyons sought over £16m in damages. He alleged that Fox Williams’ lack of advice or warning on LTD caused him to lose valuable rights under that policy, but Mr Justice Turner held that the retainer concerned the AD&D policies, and there had been no express or implied retainer to advise on LTD.

There was also no duty to warn the client of risks to him arising out of the LTD policies.

Turner J did find negligence in failing to recommend that a severance agreement should include an English law and jurisdiction clause but held that it had caused no loss.

Mr Lyons was granted permission to appeal on whether there had been a duty to warn, with the question being whether the LTD policies were so closely linked with the subject-matter of the retainer that the firm should have volunteered advice about them.

Giving the ruling of the Court of Appeal, Lord Justice Patten said: “As Laddie J explained in his judgment in Credit Lyonnais, which was approved in Minkin, the solicitor’s obligation to bring to the client’s attention risks which become apparent to the solicitor when performing his retainer does not involve the solicitor in doing extra work or in operating outside the scope of his retainer.

“The risks in question are all matters which come to his attention when performing the tasks the client has instructed him to carry out and which therefore as part of his duty of care he must make the client aware of.

“Neither Credit Lyonnais nor Minkin are authority for the proposition that the solicitor is required to carry out investigative tasks in areas he has not been asked to deal with however beneficial to the client that might in fact have turned out to be.

“[The conducting solicitor] could not have advised Mr Lyons about his rights under the LTD policies or any relevant time limits in relation to the claims unless he had carried out a thorough examination of the policies and a certain amount of legal research.”

Patten LJ said that if the solicitor was never instructed to advise on the LTD policies, “he cannot have been under a duty to examine them in order to find out whether the position taken by EY or the insurers was correct and whether anything needed to be done to prevent the claims becoming time-barred”.

The judge at first instance had expressly rejected the submission that it was necessary for the solicitor to examine the LTD policies as part of the issues covered by the retainer, or that he did in fact become aware of a risk in relation to the LTD claims which should have been notified to the client.

The judge was therefore correct to reject the argument that the solicitor had a duty to warn his client, Patten LJ said.

The appeal court also rejected an argument not put to the trial judge, namely that the solicitor was under a duty to warn his client that he needed to obtain legal advice about the LTD claims.

Even if the solicitor had offered to provide advice on the LTD claims, Patten LJ added, Mr Lyons would not have agreed to his giving it or being paid for it.