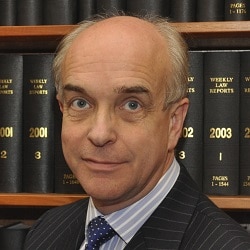 Baker: Judge made a number of procedural errors

It was “manifestly unfair” for a circuit judge to issue a paralegal with a suspended six-month prison sentence for inadvertently breaching the Family Procedure Rules, the Court of Appeal has ruled.

Nasrullah Mursalin, a member of Lincoln’s Inn, said he thought his dreams of becoming a barrister would be “shattered” by the conviction.

But the Court of Appeal found that His Honour Judge Moradifar, the designated family judge for Reading, had failed to comply with the strict requirements around committal proceedings.

Lord Justice Coulson said “no part of these committal proceedings was fair or transparent. The resulting order was manifestly unjust and must be quashed”.

Mr Mursalin was working at West London firm Gull Law Chambers when he included in a bundle for the immigration and asylum tribunal papers from family proceedings involving the client’s children.

The disclosure of such documents in those circumstances is a contempt of court unless the family court has given permission, which it had not.

The tribunal judge said this “behaviour… falls a long way below that expected of solicitors” and requested that the family court be notified of it.

The firm’s principal, Riaz Gull, was ordered to give an explanatory statement to the family court, which he asked Mr Mursalin to do.

The paralegal said he thought he was complying with directions made by the tribunal judge; that the documents from the family court had been included in the bundle in good faith; that it was a genuine error; that the documents had been submitted after taking instructions from the client, who wanted to show the tribunal that there was a family hearing due to take place; and that he apologised for his misunderstanding.

At a hearing before HHJ Moradifar, Mr Mursalin was placed under oath to confirm the truth of his statement, with a warning that he was at risk of committal for contempt and, depending on his answers to the judge’s questions, of prosecution for perjury.

The judge asked Mr Mursalin whether he wanted to seek legal advice first, but the paralegal said he wanted to proceed.

After hearing from Mr Mursalin and Mr Gull, the judge ruled: “This breach is so serious that in my judgment it can only attract a custodial sentence.” He sentenced him to six months’ imprisonment, suspended for six months.

In his written ruling, HHJ Moradifar said: “I have no doubt that such a breach was born out of a genuine ignorance of the relevant rules and a misunderstanding of what is a ‘protocol request’… The very document from the family case that was disclosed clearly states that it may not be disclosed. Therefore, you could not have been in any doubt about the need to consult and to seek advice.”

Giving the main judgment on the appeal, Lord Justice Baker did not excuse “the unlawful, unauthorised disclosure of confidential family court documents”, but observed it did not have any serious consequences.

“I regret to say, however, that it is plain that there were a number of procedural errors in the process in this case which inevitably lead me to conclude that this appeal must succeed.”

He said it was unclear whether or not the hearing was conducted in open court, while Mr Mursalin was not given proper notice that he was being accused of contempt or of the specific allegations against him.

“A direction was made requiring his employer to file a statement explaining what had happened, and his employer then directed the appellant to draft and sign the statement, and then, in circumstances which are unclear to me, a hearing was arranged which the appellant attended. On any view, that was insufficient notice.”

In those circumstances, the warnings given by the judge about the consequences of a finding of contempt or the questions about legal representation were inadequate.

“The proper course which should have been adopted at that stage was either (a) to have issued a reprimand to Mr Gull, who seems to have been principally responsible for any unauthorised disclosure, or (b) if the judge considered the matter merited committal proceedings, to have particularised the alleged contempt and then adjourned the hearing to enable the appellant to consider his position and obtain legal advice.

“It was not sufficient for the judge to proceed simply because the appellant agreed that he could do so.”

Baker LJ noted that the judge was never shown the specific documents which had been disclosed, making it “impossible for him to gauge the seriousness of the alleged breach”.

He added: “In addition, there is little sign that the judge considered the extent of the appellant’s culpability for what had allegedly occurred. He clearly appreciated that the appellant was an unqualified employee. At one point, he made some criticism of the way in which some solicitors’ firms use staff in that way.

“The judge was also of the view as set out above that Mr Gull may have infringed his professional code of conduct, hence his direction that he report himself to the professional authorities.

“But it does not seem to have occurred to the judge that Mr Gull may have been the real culprit. That omission stemmed from the failure to particularise the alleged contempt.”

These errors were compounded by the HHJ Moradifar ordering Mr Mursalin into the witness box: “It seems he overlooked the fact that a defendant to an application for committal is not obliged to give evidence.”

Baker LJ concluded: “This case illustrates again the very great care which all courts have to take when dealing with allegations of contempt. I am well aware of the great pressures that family court judges are under, particularly designated family judges like Judge Moradifar, managing a very busy family court.

“In this case, it is possible that the committal order against the appellant might have prevented him pursuing his ambition for a legal career. As it is… the order against him will be expunged from the record as a result of his appeal being allowed.”