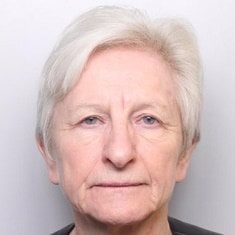 Two innocent partners of a solicitor jailed for a multi-million-pound theft from their firm’s client account can rely on a limitation defence after being sued for the losses caused, the Court of Appeal has ruled.

The court ruled that His Honour Judge Saffman at first instance was wrong to find that Julian Gill and Julia Wilding were to be regarded as party or privy to Linda Box’s fraudulent breaches of trust simply because they were fixed with liability under the Partnership Act 1890.

Mrs Box, who was senior partner of the three-partner firm, pleaded guilty in 2017 to nine counts of fraud, two of forgery and one of theft, and was sentenced to seven years in prison.

The Solicitors Regulation Authority shut down the 200-year-old firm in April 2016 in the wake of the other two partners uncovering the fraud. There is no suggestion that they knew what was happening. She was struck off the same year.

The diocese argues that each partner is liable as a trustee of the money held in client account, although the case was argued mainly on the grounds of partnership law. The firm and the innocent partners are alleged to be liable for Mrs Box’s wrongs under the 1890 Act as they were committed in its ordinary course of the business.

The firm pleads that some of the diocese’s claims, amounting to around £800,000, are statute-barred because they arose more than six years before the issue of the claim. The Limitation Act 1980 is only disapplied if trustees are “party or privy” to the breaches of trust.

In a ruling on various preliminary issues last year, HHJ Saffman in Leeds decided that the innocent partners were deemed “party or privy” to Mrs Box’s actions simply because they were done in the ordinary course of the firm’s business or within the scope of her apparent authority.

Giving the main ruling of the Court of Appeal, Sir Timothy Lloyd said there was nothing in the 1890 Act or in the authorities that made innocent partners party or privy to a dishonest partner’s acts.

“A co-trustee is not to be treated as party or privy to another trustee’s fraudulent breaches of trust unless facts are alleged and proved which show the co-trustee to have been implicated in the frauds in some way.”

Lady Justice Asplin agreed, adding: “It would be surprising if the defence of limitation afforded by section 21(1)(a) Limitation Act 1980 were not available to an entirely innocent partner merely as a result of being liable for the fraud of a fellow partner committed in the ordinary course of partnership business.

“There is nothing in the Partnership Act 1890 to suggest that a partner, as a result of the partnership relationship, is to be deemed to be ‘party or privy’ to the fraudulent breaches of trust of his fellow partner.”