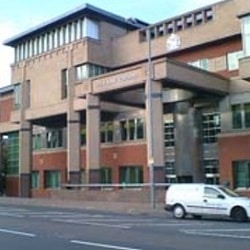 A judge effectively bullied a mother into agreeing to interim care orders for her children against her wishes, the Court of Appeal has found.

It said the mother’s “consent or non-opposition to the interim care order was not freely given, but was secured by oppressive behaviour on the part of the judge in the form of inappropriate warnings and inducements”.

Lord Justice Peter Jackson said that regardless of the fact that the mother was legally represented – by what the court described as “inexperienced counsel” – she did not get a fair hearing last month before Her Honour Judge Carr QC in Sheffield.

“There has been a serious procedural irregularity,” he concluded.

The ruling comes against a background of concern about the judicial bullying of barristers.

The parents were separated and have two children living with the mother. The hearing followed an incident in which the father did not return the older child to the mother at the end of a week’s holiday abroad.

The mother and others went to the father’s home one evening, “causing a fracas” and taking the child away. The police were called, the mother and other members of her family arrested, and both children taken into police protection and placed in foster care.

The urgent interim care order applications were opposed by the mother but not the father. The hearing lasted for just 12 minutes, excluding a break in the middle, after which the mother agreed to consent in light of what the judge had previously said.

Jackson LJ said it was entirely proper for judges to indicate a provisional view to the parties, but they must not place “unreasonable pressure” on a party to change position or appear to have prejudged the matter.

Making “every allowance” for the realities of practice in a busy family court, he continued, “I regret that what occurred in this case fell well outside the proper exercise of the court’s powers”.

He recounted how the judge was hearing an application issued that day, with the parents arriving at court for the first time, the social worker and the guardian knowing little of the “fraught family history”, and the mother being represented by inexperienced counsel, called in 2016, who had only met his client at court.

Before her barrister could even manage to tell the judge that his instructions were to contest the order, HHJ Carr told him that “if it is heard today I shall certainly make findings that your client will be stuck with”.

Jackson LJ said: “The only conclusion that the mother and her advisers could draw from this and similar statements (‘very risky for her’; ‘a very very precarious position’; ‘inevitably, I’m going to make findings… that that is significant harm. I don’t think there’s any question about it’; ‘not… without some consequences’) is that the judge had made up her mind and was sure to make adverse findings that would be damaging to her in the long run.”

The judge then “isolated” the mother by saying, before learning the position of the guardian, that “this application is bound to be supported by the guardian”.

Then, when the mother’s counsel attempted to put a small part of her factual case, he was met with “derision”, Jackson LJ said.

HHJ Carr made comments such as “oh, nonsense” and “preposterous proposition you’re putting to me, it’ll fall on deaf ears”.

Before adjourning at the barrister’s request, the judge “further isolated the mother” by saying that “the father’s taken the only decision, in my view, that he should take… obviously I’m not making any findings against him because he’s accepted the inevitable”.

Finally, she made an “entirely gratuitous statement” that she would probably send any findings to the police and require that they go to the Crown Prosecution Service.

“Whether or not that was an empty threat is beside the point,” Jackson LJ said.

He went on to “regret” the approach of the local authority to the appeal, including the suggestion that the unfairness of the hearing could have been cured by a more assertive response by the mother’s lawyers.

“After what happened in the first part of the hearing, it is difficult to see how a fair hearing could have taken place even if the mother had maintained her opposition,” he said.

Jackson LJ set aside the orders and replaced them with short-term interim care orders to last until an early contested hearing before another judge.