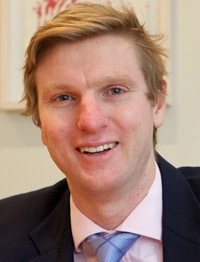 ‘Buy and build’ private equity firm Sovereign Capital has become the latest to outline its intention to invest in the law, Legal Futures can report.

Sovereign – which dipped its toe into the legal world last autumn when it bought employment advisory firm Drury PSM – said it is looking for a legal business that can act as a consolidator in its part of the market as a key feature of the firm’s strategy is to pump further money into investments.

Of Sovereign’s 31 transactions last year, 28 were behind existing investments.

Investment manager Nick Miller told this website: “We want to create businesses that are rare, sought-after assets in their particular market.”

He added that potential investments also need to have “forward revenue predictability”, meaning that it will not look at highly cyclical or project-based areas of law, such as corporate M&A work. This could be a volume practice, but Mr Miller said the firm had also investigated niche players and companies that provide services to the legal market.

Already in QualitySolicitors, , and last week Legal Futures revealed that Smedvig Capital is keen to add another legal practice to its existing investment in MyHomeMove.

However, a roundtable of mid-tier regional firms hosted recently by Sovereign warned that there are several constraints facing would-be consolidators in the legal market, such as unrealistic

A report from the event said: “The group believed that consolidation was more likely to occur through client migration and firms exiting the industry as opposed to M&A.”

The roundtable, assembled by Conscious Solutions, identified several other emerging issues in the market, such as much greater price sensitivity among clients and the need for more efficiency in handling legal work, separating process tasks and complex legal advisory work.

Succession is becoming an issue because of declining interest among recent entrants to the profession in partnership. The report said that one solution to this “may be that the industry moves towards more corporate structures, such as ABSs, which could allow for the differing ambitions of the new generations of lawyers. Potential tax benefits from building capital/equity value in a corporate structure, rather than taking partner drawings, could also favour a change in legal vehicles and remuneration structures of law firms”.

The group believed that some of the new legal business models have the potential to be game changing. “They also pointed to the legal sector having a reputation for being conservative. The risk associated with this conservatism is that existing law firms will be slow to change, leaving the majority of opportunities to new entrants.”

The company said the proceeds of the oversubscribed placing with institutional investors  “will mainly be used to provide financing for the company’s acquisition strategy, as well as providing significant funds for further investment in existing investments and working capital to finance the initial startup of new deals, which have already been targeted”.