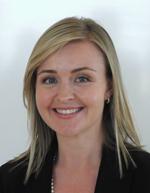 Hallock: “Is there an alignment of interests?”

The growth capital fund which became the first external investor in a high street law firm last week has said it will consider investing in other legal practices.

“Most of them were too small for us,” Ms Hallock said. “But we would consider another law firm investment. We often have a number of investments in the same sector.”

BGF invested £5m in MW, which has 20 offices in London and the south-east, and wants to open a further eight over the next two years.

Ms Hallock said the deal with MW took around three months to complete, with the Solicitors Regulation Authority (SRA) turning round the firm’s alternative business structure (ABS) application in only three weeks.

She said BGF decided to wait for the licence application to be approved before spending money on due diligence.

“If we invested in another legal business, we would run the two in parallel,” she said. “The whole process took longer than expected.”

She said BGF was better described as a growth capital rather than private equity fund, because it only took minority stakes in businesses and did not “control the exit timetable”.

Ms Hallock said BGF was a “very well capitalised start-up”, formed in 2011 with the backing of the four major clearing banks – HSBC, Barclays, Lloyds and RBS – together with Standard Chartered.

She explained that the banks were aware of the shortage of capital for SMEs, and that their own lending policies were becoming very strict.

She said that although BGF was more willing to entertain direct approaches than other funds, MW had come to them, along with around a third of its clients, via financial advisers.

“The starting point for the investor is that there has to be a fit on either side,” she said. “Are we clicking? Is there an alignment of interests? Is there a strong management team in place? If there are gaps, we can fill them, but we are not going to invest in the day-to-day running of the business.

“MW is hugely ambitious in its strategy to open eight more sites and recruit 75 more people, but they had delivered previously and they had a strong management team. They had delivered a consistently high level of profitability, and a lot of companies aren’t able to do that. Many companies’ operating costs increase ahead of their top line.

“For professional services, I would expect that time lag to be at least a year. MW maintained profitability by leveraging its conveyancing business, which had a much shorter lead time than areas like personal injury. It used its centralised overhead base to cut costs.”

“The high-volume, low-value providers don’t give people the face-to-face support they want. The small, independent firms are of varying degrees of quality.

“People want a trusted adviser they can talk to about legal issues. Going to a lawyer shouldn’t be the distress purchase it often is.

“This is a mid-market solution. If price is the dominant factor, many people are happy to transact online. Others want someone to hold their hand through a challenging situation, whether it is buying their first house or writing a will.”