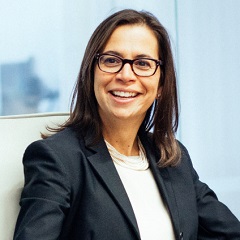 Will: We must change the economics

Litigation funder Burford Capital has expanded its initiative to increase diversity in the law by committing $100m (£73m) of dedicated funding to cases led by female or ‘racially diverse’ lawyers.

The second stage of The Equity Project follows its success since launching in 2018, since when the company has committed $57m to cases led by women; the target was $50m.

The second stage involves a new commitment of $100m and making it available on the basis of racial diversity as well as gender. In future, LGBT lawyers may be included too.

Another new feature is that, when Equity Project-funded matters end and generate a return, Burford will contribute on its client’s behalf a portion of its profits to organisations that promote lawyer development for female and racially diverse lawyers.

The aim is to help lawyers eligible for the fund pursue leadership positions running big cases and ease the “pathways” towards gaining credit for originating work and building client relationships.

“Legal departments committed to diversity can use Equity Project funding to further incentivise their firms to appoint diverse teams to represent them, and law firms and companies alike can use The Equity Project as part of their ongoing ESG [environmental, social and governance] efforts,” Burford said.

Investments still have to meet Burford’s usual investment criteria, raising a question about why a specific fund needs to be set aside.

Co-chief operating officer David Perla said it made it easier to report on the progress being made, triggered conversations with law firms and general counsel, and was a sufficient amount to start to “move the needle”.

Since launch, the project has generated 133 funding requests, nearly 5% of all the enquiries Burford received in 2019 and 2020.

Research Burford undertook last year found that 48% of senior in-house lawyers said their companies have asked a firm to put a woman on a litigation or arbitration team, while 60% said gender diversity influenced how they chose their external legal teams.

Aviva Will, co-chief operating officer, who leads the project, said: “We review thousands of commercial disputes annually and vanishingly few are led by female and racially diverse lawyers. We at Burford are providing tangible means to change this so that these groups can have easier pathways to generate additional business.

“There is no question that diversity is good for business. The question is, how can we promote and incentivise faster change in commercial litigation and arbitration, both of which have been particularly resistant to it?

“Our goal is not just to work to bridge these gaps but to do so quickly. To achieve this, we must change the economics.”

Burford has also expanded its cadre of Equity Project champions. Most are in the US, but the new champions include City solicitor Daniel Winterfeldt, founder and chair of the Interlaw Diversity Forum, and managing director and general counsel – EMEA And Asia at Jefferies.

He is joined by existing champions Sue Prevezer QC of Brick Court Chambers and Wendy Miles QC of Twenty Essex.