Bullying at work on the rise, says lawyer support charity 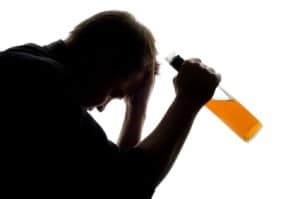 Almost one in five lawyers complaining of stress are being bullied in the workplace, according to the latest statistics from the legal support charity LawCare, which also showed a large year-on-year increase in callers overall.

The charity, which has in the past flagged particular concerns about young lawyers turning to drugs and alcohol, found three-quarters of the lawyers who called in distress during 2013 reported problems with stress, followed by depression (12% ) and alcohol (6%).

There was an increase in approaches made to LawCare of more than a third above the previous year. The charity opened 515 case files, 36% more than in 2012 and its second busiest year ever.

High street and private client lawyers (23%) and litigators (22%) were most likely to complain of stress.

Two-thirds of callers – a total of 347 – were able to pinpoint a cause for their problem. Workload and bullying topped the list at around 20%, followed by financial problems and disciplinary issues, which each affected more than six out ten callers.

As in previous years, case files opened in relation to alcohol abuse overwhelmingly affected lawyers qualified for 10 years or more. But at 71%, this group was significantly less affected than in 2012 (87%).

LawCare explained its thinking on alcohol abuse and number of years qualified, which was similar last year: “LawCare has long theorised that law is a stressful profession which causes those starting out to turn to alcohol to unwind, resulting in an addiction problem later in their careers.”

But it continued: “However, this appears less marked in 2013 that in previous years, with 17% of alcohol misusing callers qualified fewer than five years or trainees, and 16% of stressed callers having 21+ years PQE.”

The gender breakdown among callers was 60% female and 40% male. Four out of ten callers were either trainees or had been qualified for under six years.