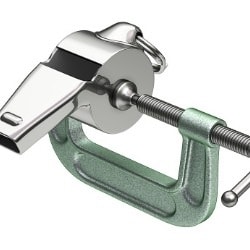 Whistleblower: Trainee was under heavy pressure

A young solicitor who was “deceived, pressured, bullied and manipulated” has been struck off by the Solicitors Disciplinary Tribunal (SDT), despite being the one to blow the whistle on misconduct in her firm.

The SDT said the fact that Emily Scott, who left De Vita Platt immediately after completing her training contract, had been “under pressure and working in a horrendous environment” could not excuse her dishonesty.

Even an indefinite suspension could not be justified, it said, applying last November’s High Court’s ruling in the Sovani James case for the first time.

The two partners who ran the firm, Jonathan De Vita and Christopher John Platt, were also struck off for a long list of disciplinary offences, including multiple acts of dishonesty.

The SDT said Ms Scott had misled the Legal Ombudsman (LeO) by fabricating documents and had failed to report Mr Platt promptly to the Solicitors Regulation Authority (SRA), waiting for 18 months to two years before blowing the whistle – two months after she left the firm.

The tribunal said her motivation was to “retain her employment” and she “stood to make no additional gain above and beyond that”.

However, she was cleared of two other charges: first of raising bills of costs for work that she knew had not been carried out and of drawing down funds from a legal funding loan using documents which she knew to be forged.

On the first, the SDT found that she had merely typed the bills at Mr Platt’s direction, which did not constitute drawing a bill, while on the second it had already ruled in relation to Mr Platt that it was not proven that the documents were forged.

Born in 1987, Ms Scott was a paralegal at the Lincolnshire firm between June 2010 and September 2012 and after that a trainee solicitor until leaving in November 2014. She contacted the SRA in January 2015.

The tribunal said it had “very considerable sympathy” with Ms Scott in that “her misconduct would very likely not have occurred” but for the actions of Mr Platt.

“The third respondent [Ms Scott] had been very junior in the firm and had undoubtedly found herself in a difficult position.

“However, the fact remained that she had allowed herself to be persuaded to carry out instructions given to her by [Mr Platt] which she must have known were in breach of her professional obligations and had allowed serious misconduct to go unreported for nearly two years, during which time clients remained at significant risk of loss due to the actions of [Mr Platt] in particular”.

Ms Scott denied that she had acted dishonestly, stating that in her final year in particular she was “pressured and forced to act against her will” or lose her job.

She argued that she had acted in a manner “that any reasonable person in my position would do”.

She admitted falsifying documents in a file she knew was going to be sent to LeO, and relied on a defence of duress, although she confirmed that she did not feel “personally threatened” by Mr Platt and it was the threat to her career that concerned her.

The SDT said she had “a means of extricating herself” by making a “much earlier” report to the SRA, or the firm’s COLP, Mr De Vita. Instead “the fabrication of the documents took place over a period in excess of four months”.

Ms Scott was found to have acted dishonestly and with a lack of integrity.

Mr Platt was found to have instructed Ms Scott to “retrospectively falsify” the file sent to LeO.

Mr Platt was also found to have repeatedly misled the SRA during its investigation of the firm, and acted dishonestly in providing false information and claiming files could not be found.

Mr De Vita was found, among other things, to have certified an identity certificate for clients he had not met and then lied about it to the Land Registry, signed bills of costs for work that had not been carried out and authorised transfers from client to office account, resulting in a shortage of over £44,000.

He was also found to have failed to supervise Ms Scott “adequately or at all” while she was a trainee and a paralegal.

The SDT found that Mr Platt’s motivation was “self-enrichment” and he had “personally instigated a great deal of the misconduct” he and Ms Scott had committed.

He had misled the SRA and LeO and “had tried to conceal his wrongdoing, in most cases blaming someone else”.

Mr De Vita’s motivation had been to “increase his income from the firm by misappropriating client funds”. He was the COLP, the designed training partner for Ms Scott and “had deliberately misled” the SRA.

In mitigation, Ms Scott said she had not worked in the profession since 2014 in any capacity and had no intention to work in it again.

She was now self-employed, having lost jobs in 2016 and 2017 due to the proceedings, and her income was low – below the tax threshold;

She argued that her misconduct had been “under the instruction of Mr Platt” and while she was a trainee. She was on medication during final year of her training and the case had “had a big impact on her life for over four years”.

Among the mitigating factors noted by the tribunal were that she had been “deceived, pressured, bullied and manipulated” by Mr Platt, and by blowing the whistle she had “exposed her own misconduct”.