Building society to tell firms: use a rated insurer or you’re off the panel 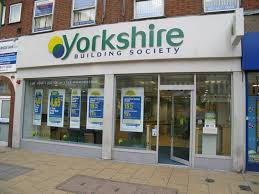 Yorkshire Building Society: concerns after collapses of Quinn and Lemma

The Yorkshire Building Society group will insist that all law firms on its conveyancing panel have rated professional indemnity insurers from 1 October 2014, it has announced.

The rule will apply at once for new applicants to the panel. Unrated insurers currently provide cover for over 20% of the legal market.

The move comes as the Solicitors Regulation Authority (SRA) considers whether to ban solicitors from using unrated insurers. A consultation on the issue closed at the end of March.

A spokesman for the group, which also includes the Chelsea and Barnsley building societies, said: “Following the recent financial collapses of PII providers Quinn and Lemma, we decided to require all applicants to our conveyancing panel who take out insurance on the open market to have PII cover with an insurer with a minimum financial security rating of AM Best B+ or Standard and Poor’s A.

“We are also contacting existing panel members to explain that with effect from 1 October 2014, we will require their insurer to meet this requirement in order to remain on our panel.

“We are not actively removing existing firms from the panel prior to 1 October, unless they need to reapply for membership and are not insured appropriately.”

Wayne Roberts, director of Cheshire firm QualitySolicitors Roberts Crossley, a conveyancing specialist, said he contacted the Yorkshire Building Society at the beginning of March, when he was converting the firm to a limited company.

Mr Roberts said the building society asked him to confirm that he had extended its indemnity cover to £3m, as required for limited companies, which he did by sending the society the policy schedule.

He said a client later rang up and told him the firm was no longer on the building society’s panel.

“The society said that we had been removed because our insurer, Alpa Insurance, was unrated,” Roberts said. “She said she had no discretion and that other firms would be removed when the society asked for evidence of their insurance.”

Mr Roberts went on: “There is nothing we can do about this until October, when our insurance comes up for renewal again.

“We could go with a rated insurer, but that would be much more expensive. If other building societies insist on this, the whole issue could be taken out of the SRA’s hands. This is just one more way for lenders to reduce their panel size.”

Mr Roberts said the firm had placed its indemnity cover with unrated insurers for the past six years, and could face paying 30 or 40% more if a rated insurer was brought in.

He added that the firm, which has two directors and 15 staff, “ticked all the boxes”, and was a member of the Conveyancing Quality Scheme.