Budget: Government to beef up CMC regulation with switch to FCA oversight 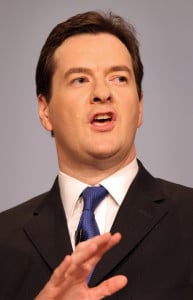 Osborne: new regime will be tougher

The regulation of claims management companies (CMCs) is to move to the Financial Conduct Authority as part of a major shake-up that will see all CMCs have to seek reauthorisation and subject to an additional levy to fund the transition.

Documents supporting today’s Budget said the government was accepting the recommendations of the review of CMCs it commissioned from Carol Brady, chair of the Chartered Trading Standards Institute.

It said: “The new regime will be tougher and will ensure CMC managers can be held personally accountable for the actions of their businesses. In order to ensure that the new regulatory regime is implemented effectively, the government intends to transfer responsibility for regulating CMCs to the Financial Conduct Authority.”

The move will require primary legislation and is likely to happen in 2018.

The Brady report, published alongside the Budget, emphasised that “CMCs provide access to justice for a wide range of consumers who may be unwilling or unable to bring a claim themselves”.

It continued: “A well-functioning CMCs market can also act as a check and balance on the conduct and complaint handling processes of businesses, thereby benefitting the public interest. The overwhelming majority of stakeholders, including the banking and insurance industries which have been hardest hit by CMC misconduct, argued that there is a legitimate need for CMCs and that the government should not seek to regulate them out of existence.”

The work of the Claims Management Regulation Unit (CMRU) within the Ministry of Justice was praised – and indeed in the new arrangement, “every effort should be made to retain existing staff” – but Ms Brady said the majority of stakeholders felt it lacked sufficient powers and resources to supervise the market properly.

“CMCs continue to fuel speculative claims for redress, particularly in financial sectors. Evidence also highlights that consumers struggle to understand precisely what services CMCs offer, and what the alternatives are, due to a lack of transparency in the manner in which CMCs promote themselves to consumers,” she wrote.

As well as misconduct, there was evidence of “widespread” non-compliance by CMCs. “Both of these factors suggest the authorisation process for CMCs should be made more robust, both in terms of acting as a barrier to unscrupulous firms, and ensuring firms understand the rules. The regulator should therefore undertake to re-authorise all CMCs who wish to continue trading under a robust new process, tailored to the specific sector in which they operate,” the report said.

But, Ms Brady said, authorisation alone was not enough, given the ease with which directors of liquidated firms could take over another authorised firm without requiring approval from the CMRU, and CMCs could re-emerge as a new firm following liquidation or insolvency, known as ‘phoenixing’.

“This review therefore recommends that persons wishing to perform controlled functions for a firm regulated by the CMRU should be required to pass a fit and proper persons test, and be held personally accountable for rule breaches for which they are responsible.”

The question was then how this should be achieved. In principle, said Ms Brady, the most suitable option was a “new, stand-alone, independent regulator”. But she recognised that the government’s drive to reduce the number of public and arms-length bodies, and the fact that this was the most costly option, made it unlikely to receive support.

The choice between then either strengthening the CMRU or passing responsibility to the FCA was “finely balanced”, she said, especially given the period of uncertainty facing the sector.

“In particular, the proposal to increase the small claims track means that claims currently handled by solicitors may in future be handled by CMCs. While the proposed fee cap for financial service claims will reduce incentives for CMCs, it is anticipated that there will be a spike in PPI activity ahead of the FCA’s deadline by which consumers would need to make a PPI complaint.

“The changes to the regulatory regime recommended in this review are likely to cause further disruption to the industry and will also create a risk that the regulator takes its ‘eye off the ball’.”

Strengthening the CMRU was likely to be “less disruptive”, but there was concern about whether whether the Ministry of Justice would be able to provide sufficient support to deliver the recommended changes, for which it would in any case need help from the FCA

“While the FCA does not have the same detailed knowledge of the sector as the existing CMRU, it has expertise as a conduct regulator across a wide range of sectors and recently implemented policies similar to those outlined in this review during the transition of consumer credit regulation.”

While leaving the final decision to the government, Ms Brady said that if it wanted “a step change in the regulation of the sector, then the balance would shift in favour of the FCA”.

The report said the new regulatory framework would require additional funding, both in the short term to pay for the policy work, and “probably also in the medium term to sustain a more intrusive supervisory approach”.

It said: “Given the scale of work required in the near term to implement the recommendations, it might not be possible to fully fund the transition costs from a single year’s regulatory levy. When implementing the findings of this review, government should consider whether the implementation costs should be spread over several years through a supplementary levy.”

Andy Cullwick, head of marketing at leading CMC First4Lawyers, said: “Today’s Budget shows, once again, that the sins of financial services CMCs are being visited on the rest of us. The Brady report conflates various examples of misconduct from a minority of CMCs, mainly those operating in the financial products market, to chastise everyone regardless of their performance and approach to business operations.

“Can we really expect the FCA, which frankly has much bigger fish to fry than CMCs, to give this market the attention it needs to tighten up regulatory checks as recommended by the report? It feels like a knee-jerk reaction – change for change’s sake.

“The reality is that while many of the proposals appear sensible, it will be those firms that are already operating in the most ethical manner that will be left to foot the bill.”