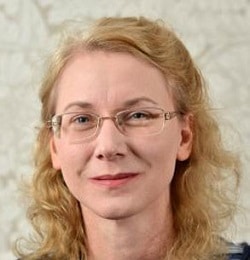 Before-the-event (BTE) legal expenses insurance has “a considerable role in improving access to justice in the current legal landscape”, with the advice helplines that come with them of particular benefit, a major report has found.

However, the future of BTE remained uncertain given various government reforms and there is no sign of its popularity reaching the levels seen in European countries, it said.

The 200-page review has just been published by a Civil Justice Council (CJC) working party, chaired by Professor Rachel Mulheron and with members including representatives from the insurance industry, large commercial law firms, claimant firms and the Law Society.

It did not make recommendations, saying the aim was to provide material for policy makers and commercial interests to consider in developing BTE services, and for consumers in purchasing them.

In particular, it steered away from a view on the ‘choice of solicitor’ issue that had dogged BTE for many years.

The government has long supported greater use of BTE but not done much to make it happen.

The working group said the legal helplines commonly available via BTE insurance policies filled “a real ‘gap’ in the marketplace” — provided that those who entitled to their use knew about them, which was itself a significant problem.

“However, legal helplines will not, for example, pay for a surveyor in the case of a social housing tenant’s disrepair claim, nor pay for a lawyer to draft correspondence and documents; it offers a far more basic advisory service than that.

“Hence, these helplines cannot be viewed as a substitute for legal aid. Nevertheless, BTE has a considerable role in improving access to justice in the current legal landscape, in the working group’s view — especially when the total ‘BTE package’ is considered. Without it, the landscape would be much more inhospitable.”

The report said the helplines had “huge scope” to assist consumers and businesses in the early stages of a dispute.

It included a case study of Irwin Mitchell’s helpline, based in Sheffield, which receives 100,000 calls a year, 75% of which came through BTE insurance.

“Legal helplines comprise an important, diligently-administered, and perhaps underappreciated ‘access to justice’ tool in the overall scheme of BTE insurance.

“The use of BTE helplines potentially reduces the frequency of claims, and manages the risk better, due to early intervention. In the working group’s view, it is essential that an awareness of this tool, within both the consumer and business markets, be maximised.”

It acknowledged, however, that for some users, legal helplines would not be appropriate.

The working group failed to come to a united view on the impact of Lord Justice Jackson’s fixed costs proposals on BTE.

Other working party members disagreed, pointing out that the pricing of BTE premiums included the cost of operating legal helplines, dealing with employment claims and that “so few cases go to actual trial” that the impact would be negligible.

Others still believed that premiums would rise, since insurers would be encouraged to litigate because they would face fixed adverse costs.

The report said that government plans to lift the small claims limit for road traffic personal injury cases from £2,000 to £5,000 “may increase the need for BTE”, since lawyers would no longer want to take out “large numbers of lower-value personal injury claims” under conditional fee agreements.

However, the working party came to no conclusion on whether the change would increase BTE premiums, as the lack of recoverable costs could be counter-balanced by a fall in claim numbers due to the whiplash reforms.

On awareness, the report found that the prospect of an advertising campaign by BTE insurers was “remote” given that BTE policies in the UK were ‘white label’ products and consumers did not choose home and contents policies on the basis of who was providing the BTE cover.

A “properly run and funded” public advertising campaign could play an important part in increasing awareness among both businesses and consumers, which could potentially lead to greater take-up and use of BTE.

“While the government may be unlikely to fund a formal advertising campaign in current circumstances, it may be able to take a greater role in raising awareness of the value of BTE in enabling access to justice.”