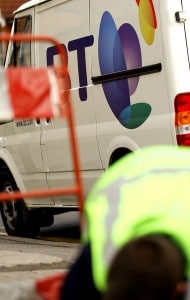 The claims management arm of telecoms giant BT has applied to become an alternative business structure (ABS) and offer its services to other companies, it has emerged.

BT Claims Ltd – which is planning to start the venture with around 20 staff – already provides a nationwide motor claims management service to over 35,000 corporate fleet vehicles, mainly BT’s own fleet.

A BT spokesman said: “We can confirm that BT Claims has submitted an application to begin the ABS process

in order that it can offer its expertise to other corporates, insurance and companies and brokers who share the same values as them and see this as an opportunity to improve their approach to the way in which they manage claims. BT is not looking to enter the consumer market.”

BT Claims says handles around 4,000 at-fault accident damage and personal injury claims a year, with an average liability value in excess of £5m. It also deals with around 3,000 non-fault loss recovery claims with an annual recovered value of over £2.5m.

BT Claims offers what it describes as a “seamless one stop claims management for the full life of the claim”, and actively promotes the controversial practice of third-party capture.

Its website says the company tries to capture the third party “at the earliest possible point” and reports a “better than 50% average conversion rate”.