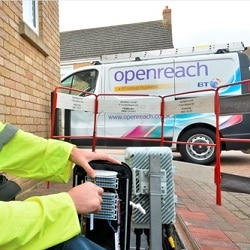 BT: Bid to have claim struck out fails

The Competition Appeal Tribunal’s (CAT) approval of a second opt-out collective action is likely to open the floodgates to more applications, it has been claimed.

In approving a £600m claim against BT, the CAT showed that a collective proceedings order (CPO) can be obtained in claims where primary liability has yet to be established and not just follow-on damages claims.

Justin Le Patourel, a one-time head of market intelligence at telecoms watchdog Ofcom who founded CALL (Collective Action on Land Lines), has the backing of Harbour Litigation Funding to bring the claim of abuse of a dominant position on behalf of 2.3m BT customers, saying claimants could receive up to £500 each.

In 2017, Ofcom found BT had been overcharging customers who only bought a landline and not other services in a bundle. BT agreed to reduce future bills but did not compensate customers for past overcharging.

BT argued against the claim had no reasonable success and should be struck out, but the CAT rejected the six objections it put forward. The telecoms giant then argued that it should be an opt-in action, rather than opt-out, as all the potential claimants were easily identifiable and contactable.

Mr Le Patourel contended that if – as he predicted – too few customers opted in, third-party funding would not be available and the claim would not get off the ground.

The CAT, which was chaired by Mr Justice Waksman, said: “It is hard to see an answer to this point, save the one which we have rejected which is that in reality a large number of the relevant customers would opt in.

“Our conclusion therefore is that the opt-out basis is clearly more appropriate and suitable than the opt-in basis. “

Mr Le Patourel is advised by London firm Mishcon de Reya. Partner Rob Murray said: “This is the first case to be certified on all of the terms proposed by the class representative. In addition, we are grateful for the Tribunal for already having fixed a hearing on 19 October to decide consequential issues and move the claims forward efficiently.”

Commenting on the decision, Caroline Harbord, senior associate at London firm Forsters, said the decision was “significant” because it made clear that opt-out CPOs were not limited to “classic follow-on damages claims”, and could also be obtained in claims where primary liability has yet to be established.

The first CPO [1] came in August in the Merricks v Mastercard case, brought after the European Commission made a finding of anti-competitive behaviour.

Ms Harbord said: “This order – being only the second of its kind issued by the CAT – may well serve to spark an increase in the number of CPO applications going forward…

“The case, therefore, arguably opens the floodgates in this area.”

Meanwhile, Mishcon de Reya has announced that its next representative action is on behalf of Andrew Prismall and some 1.6m people whose confidential medical records it said were obtained by Google and DeepMind Technologies in breach of data protection laws.

The claim arises out of an arrangement in 2015 between Google, DeepMind and the Royal Free London NHS Foundation Trust, under which the tech companies obtained the records without patients’ knowledge or consent.

Separately, Leigh Day has welcomed an opinion from the European Court of Justice Advocate General Rantos that so-called cheat devices affecting diesel emissions in cars could not be justified on the basis that they also prevented engine damage.

Responding to a referral from the Austrian courts, he said software that altered gas emissions according to the temperature and altitude – a thermal window – was contrary to EU law and not permitted if its principle purpose is to protect engine components.

Leigh Day represents over 100,000 drivers who claim their ‘low emissions’ vehicles made by many different manufacturers were sold to them without them being aware that such software would vastly increase nitrogen oxide emissions outside of a certain thermal window.

Leigh Day partner Shazia Yamin said: “The ruling underpins our clients’ claim that they were mis-sold the vehicles and gives them even more justification for their legal action.”

The European Court of Justice usually, but not always, concurs with the opinion of the Advocate General.