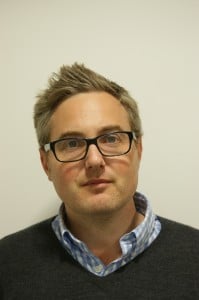 The Bar Standards Board (BSB) has told three chambers with financial problems to prepare “emergency plans” to minimise the impact on clients should they be forced to close.

The financial pressures on the sets came to light during pilot visits carried out by the BSB as part of its new supervision strategy, launched at the start of this year. It is understood that all three chambers carry out both criminal and family legal aid work.

The Solicitors Regulation Authority has made no secret of its efforts to engage proactively with firms in financial difficulty.

A BSB spokesman said the regulator visited 13 chambers as part of the pilot – seven selected randomly and six on a risk basis based on referrals from the professional conduct department.

Around 120 matters were raised following the visits, six of them requiring “immediate action”. Five “related to the financial vulnerability of three chambers” selected on the basis of risk.

“The BSB have required these chambers to prepare emergency plans in the event that they were forced to close unexpectedly, so as to minimise the accompanying impact on their clients,” the spokesman said. “The chambers have since been subject to ongoing monitoring by the BSB.”

Oliver Hanmer, director of supervision at the BSB, said: “We know that some chambers are facing real pressures as a result of cuts in public funding, increased competition, and overall decreases in work.

“Chambers with robust governance arrangements and risk management procedures, which assist them to manage risks to client service and modify their business models to remain competitive, stand the best chance of thriving and remaining viable.”

Mr Hanmer added that where chambers were unable to remain in business, the BSB provided assistance on an orderly wind-up to ensure clients’ interests were protected.

A report for the BSB’s board meeting last night also found that only one of the 13 chambers involved in the pilot visits had complied with the equality and diversity requirements set out in the BSB handbook.

“Whilst a number of chambers that we have assessed are not fully compliant, the large majority take seriously their equality and diversity requirements and a number demonstrate good practice,” Mr Hanmer said.

He said the BSB had seen a “clear improvement” as a result of its supervision activity.

Mr Hanmer added: “We are delighted with the positive responses from the chambers we have worked with. It’s clear that this approach is helping to foster a more constructive relationship between the BSB and those who we regulate.

“Fundamentally, these visits are vital in helping the BSB better protect the interests of clients, by preventing potential risks snowballing into real problems.”