BSB: Telling would-be clients they can ask for a quote shows transparency 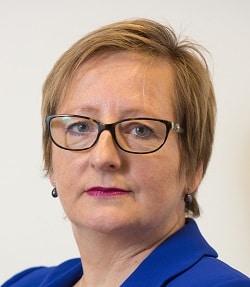 Making chambers’ websites tell clients that they may contact the set for a quote “demonstrates a commitment to transparency and facilitating ‘shopping around’”, the Bar Standards Board (BSB) has insisted.

However, barristers operating in several areas of public access work will have to provide a price indication online.

In a consultation published yesterday on the price and service transparency rules that it intends to introduce in response to the Competition and Markets Authority’s (CMA) report on legal services, the BSB confirming the decision made earlier this year that chambers, entitles and sole practitioners would otherwise not have to publish prices.

The consultation explained that this was because of the type of bespoke referral services most often provided by barristers: “Necessarily heavily caveated information may lack utility and cause confusion for consumers of these services…

“As part of our revised approach, we therefore agreed to require all chambers’ websites to state that professional, licensed access and/or lay clients (as appropriate) may contact chambers to obtain a quotation for legal services.

“In our view, this demonstrates a commitment to transparency and facilitating ‘shopping around’ without either risking consumer confusion, or overburdening barristers and chambers.”

This was despite the findings of a pilot run by the BSB between last November and February – after the decision was made – in which nine chambers, entities and sole practitioners published their hourly rate by seniority of barrister or grade of staff and indicative fixed fees, as appropriate.

According to a report on the pilot, which was also published yesterday, none of participants’ initial concerns regarding price transparency materialised during the pilot and they found implementing the requirements “relatively straightforward”.

“While it was too early to objectively observe any impacts of the pilot on the participants’ business, a few positive experiences were observed (which may not have been directly attributable to the pilot) and no negative effects were reported,” the evaluation report said.

“In terms of positive outcomes, one participant reported that their client conversion had almost doubled over the duration of the pilot.

“Another participant who had started to display prices in January 2016 observed their largest turnover increase since, and a significant decline in late payments with the average number of days for payments decreasing by half.”

The participants also reported receiving fewer basic queries from potential consumers on price and service information, and considered that increased transparency “may help to address the public’s perception that barristers are expensive and difficult to access, and provide more certainty to clients on what they are ultimately going to be charged”.

Most participants indicated that they plan to keep the transparency requirements in place after the pilot.

An online survey of the pilot participants’ clients found that they too were satisfied with the level of information provided.

Another piece of BSB-commissioned research, again published yesterday, reported that “consumers value having readily-accessible information on prices and services which
they can use when comparing between barristers” – although it cautioned about giving them too much detail.

The research recognised that this information “may be especially valuable for consumers who contact barristers directly, since other consumers tend to follow a trusted recommendation”.

In choosing barristers, consumers tended to value the expertise and track record of the barrister most.

Nonetheless, under the new rules proposed by the BSB, all self-employed barristers, chambers and BSB-regulated entities would only have to publish on their websites their “most commonly used pricing models… such as whether they charge fixed fees or hourly rates”, and the statement making it clear that solicitors/public access clients (as appropriate) may make contact to obtain a quote.

Other requirements are set to include publishing information about the factors which might influence the timescales of a case, details of complaints procedures, and a link to the Legal Ombudsman’s website, allowing consumers to see which barristers received an ombudsman’s decision in the previous calendar year.

However, the BSB said there was value to price and service transparency for public access barristers providing “less bespoke services”.

The extra requirements would be on public access barristers who advise on: financial disputes and child arrangements arising out of divorce and, in the case of the latter, separation; employment tribunal cases; immigration appeals in the First-tier Tribunal; Inheritance Act cases; licensing applications in relation to business premises; personal injury claims; summary-only motoring offences; and winding-up petitions.

These barristers would have to publish indicative fees and the circumstances in which they may vary, likely additional costs, a description of the service – including a statement of the key stages – and an indicative timescale for the key stages.

BSB director general Dr Vanessa Davies said: “We have consulted extensively about our response to the CMA’s recommendations on transparency.

“Following the consultation, a further period of research and a pilot scheme with a group of barristers’ chambers and other organisations, we are confident that the new rules to improve transparency standards adequately reflect the often highly complex nature of barristers’ work.

“The purpose of this consultation is to make sure that the way we have drafted the new rules is clear, and that the guidance will help the Bar to comply with the new rules.”

Andrew Walker QC, chair of the Bar Council, said: “Transparency is important, but there can be no one-size-fits-all regime for legal services. Barristers’ services, in particular, are not standardised and are qualitatively different from those with which the CMA was concerned, leading to very real differences when it comes to price transparency.

“It is encouraging to see [the BSB] considering the issues in stages, working with the profession and acknowledging many of the practical points we have made, and looking to take a pragmatic, proportionate and targeted approach.”

Subject to the approval of the Legal Services Board, the plan is for the transparency rules to come into force in May 2019, and the BSB will undertake spot-checking on compliance from January 2020.