BSB sticks to its guns on limited ABS licensing 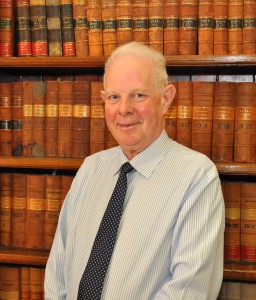 LCJ: firmly opposed to ‘shopping around’ for most lenient regulator

The Bar Standards Board (BSB) has rejected a suggestion that its proposed scheme for  licensing alternative business structures (ABS) will unnecessarily restrict non-lawyer ownership, and so have a detrimental effect on competition.

Questions were raised over the BSB’s plans for a niche, advocacy-focused licensing authority with limited non-lawyer participation, by the Competition and Markets Authority (CMA), which is one of three mandatory consultees under the Legal Service Act 2007.

The CMA said “[We query] whether the discretionary 25% limit on non-lawyer ownership and management is necessary given that other licensing authorities do not maintain such a restriction for ABS applications (even though they license entities that provide advocacy and litigation services).”

In the BSB’s reaction, published recently, the regulator sought to allay the concern, saying it “is not proposing to exercise an overly rigid approach” to the planned 25% discretionary limit.

It also rejected a CMA worry that restricting its ambitions to advocacy-related ABSs could hurt competition. A smaller scheme would be cheaper per ABS, it said, and could not be “a restriction on competition: other licensing authorities provide a regulatory home for those who want to establish other types of entity, while a more limited BSB regulatory regime provides a regulatory choice for those who do not do so”.

It highlighted as helpful, observations by the Lord Chief Justice, Lord Thomas of Cwmgiedd, that the BSB was “sensible” to use its experience of regulating entities – which began in April 2015 – and limit the scope of its ABS regulation, and that he “strongly disagreed with the CMA’s concerns”.

The judge expressed doubts about the 2007 Act’s premise that regulatory competition would drive up standards, adding: “I am firmly of the view that the risk of “shopping around” for the least restrictive regulatory regime must be avoided.”

The consumer panel was broadly supportive of the application, noting only that “it would have been helpful” to have research into the likely cost of insurance for compensation arrangements available when the application was made. The BSB responded that it had done some “initial research” into the cost and would publish it “in due course”.

The BSB revealed this month that it expects to regulate just 20 ABS each year in the first three years after it becomes a licensing authority. The expected launch date for ABS regulation is October 2016, if the application is approved.