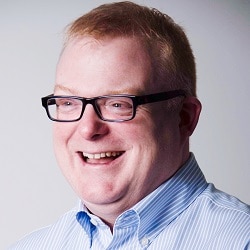 There has been a significant increase in the number of complaints about the conduct of barristers outside of practice, it has emerged, as the implications of the Beckwith ruling continue to reverberate.

According to the Bar Standards Board, of the 580 reports received between October 2019 and March 2020 – since its new regulatory arrangements came into effect – 175 involved conduct that “clearly fell outside normal professional life”.

The BSB’s first annual regulatory decisions report said: “This is a considerably higher proportion… The regulation of non-professional activities is a topic that has generated much debate both within legal regulation and more generally particularly with the increasing use of social media by professionals.

“We have committed to considering and developing, in 2021/22, our approach to the factors and issues we will take into account when assessing whether the conduct of barristers outside the direct sphere of their professional lives should be a matter for regulatory intervention.”

A separate report by the Independent Decision-Making Body (IDB) – the panel that since October 2019 makes the BSB’s enforcements decisions – noted that the one successful appeal against a decision arose from a warning over an unnamed barrister’s use of Twitter, in which they were accused of making comments which it was alleged was offensive, bullying and threatening.

The appeal panel found that the IDB panel decision was flawed for a number of reasons: it failed to give full regard to the context of the tweets; the decision was based on the impression that a user “might come away with”, rather than on what a reasonable reader would understand the message to mean in context; and the IDB’s written reasons were insufficient for the barrister to understand which aspects of the allegations were well-founded and which were not.

The report said: “The case and its implications were covered at subsequent IDB training in early September 2020 and in the September issue of the IDB Newsletter to ensure that the learning points were firmly embedded in the work of the IDB.”

Last week’s decision of the High Court to overturn the Solicitors Disciplinary Tribunal findings against former Freshfields partner Ryan Beckwith over a drunken sexual liaison with a junior lawyer has also energised the debate over the extent to which a regulator should intrude into a lawyers conduct outside of practice.

Though Mr Beckwith’s conduct was “inappropriate”, the court identified as crucial the fact the tribunal did not find it to be an abuse of a position of seniority or authority.

The High Court said Solicitors Regulation Authority (SRA) rules could reach into a solicitor’s private life but “must, in a way that is demonstrably relevant, engage one or other of the standards of behaviour which are set out in or necessarily implicit from the Handbook”.

Paul Bennett, a legal regulation specialist at the law firm Bennett Briegal, urged the SRA to “radically amend” its approach to matters outside of professional life in the wake of the ruling.

“The balance for solicitors has been distorted by a unhealthy focus which other professions do not experience on personal lives. It is often puritanical and always undermines the regulator…

“It is time the SRA stopped with the fringe of practice and personal life nonsense and focused on what matters to clients, the standards of advice, work related character traits, the health including mental health of solicitors and stopped the thought police diversions and nods to popularist nonsense.”

Gideon Habel, a partner at Leigh Day, said: “The scope of the SRA’s remit when it comes to reach into a solicitor’s personal life continues to be a confused and confusing issue. The High Court’s decision here yet again shows this to be the case.

“Judging by the High Court’s findings, not to mention the profession’s response to this decision in comments and social media, the SRA has much to do to convince those it regulates that it is taking a proportionate and properly considered approach.”

However, Mr Habel said the most worrying aspect may actually be “the vagaries of the process”.

He explained: “Those include the consistency of SRA’s approach, the quality of its investigation and decision making, the rigour of the SDT’s work, and the question of the respondent solicitor’s means.

“It is a serious concern that any one of these alone can potentially be the difference – in one direction or another – between being forever tarnished with the brush of having committed an act of sexual assault or harassment or a clean disciplinary record, albeit with the unenviable caveat of a failed prosecution against one’s name.”

Nigel Wallis, a regulatory specialist and partner at O’Connors in Liverpool, was more circumspect.

He said: “In my view, where there is prima facie evidence that a person has done something in their private life that would cause them to be in breach of the SRA conduct rules, it is appropriate and important for the SRA to investigate the matter to establish the facts, particularly where the SRA is acting in response to a complaint.”