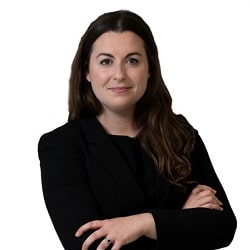 The Bar Standards Board has been urged to give disciplinary tribunals a clear and immediate message that they can depart from the current sanctions guidance for sexual misconduct cases.

The lack of robust sanction for barristers who seek to sexually harass women “does much to perpetuate the crisis of retention of women at the Bar”, two specialist criminal counsel argued.

In January, the BSB and the Bar Tribunals Adjudication Service (BTAS) announced a review of the guidance [1] following the sanctions handed out in a series of sexual misconduct cases that have been widely criticised for being inadequate.

However, the BSB does not expect revised guidance to come into force until November. A first six-week consultation will be published next month for views on proposals to amend the recommended ranges of sanctions for specific types of breaches.

The full guidance will then be re-drafted and submitted for a further 10-week consultation starting in July.

James Lloyd and Chloe Birch of criminal law set Carmelite Chambers – Ms Birch is also vice-chair of Women in Criminal Law – said the BSB should not delay in giving tribunals licence to depart from the current guidance while the review was underway.

In a blog on the Carmelite website [2], they said panels in disciplinary proceedings were frequently reminded by the courts that indicative sanctions guidance was just that: guidance. 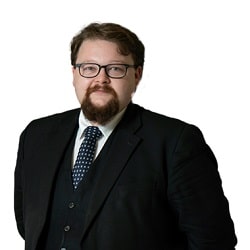 “It is something which every panel must take into consideration, and departures from it may need some explanation, but it is not the source of legal obligation,” they said.

“If the regulator is serious about sexual misconduct, it should provide a statement to that effect without further delay.

“It should send a clear message to the profession and empower BTAS panels to depart from existing sanctions guidance until such time as it is fit for purpose.”

The guidance – which was only last updated in October 2019, the fifth update since its launch in 2014 – says the starting point for “minor offences of inappropriate sexual conduct in a professional context” should normally be a reprimand and a medium-level fine, to a short suspension.

The barristers said there were aspects of the guidance that were difficult to defend: “Any cursory reading of the guidance reveals obvious flaws. The presence of a reprimand as a starting point for any form of sexual conduct is difficult to reconcile with any view of the potential impact of such misconduct.

“Similarly, the prima facie suggestion that disbarment will only be an appropriate starting point in cases of conviction for a serious sexual offence is deeply unsavoury.”

They argued that the distinction made between the first two categories did not stand up to scrutiny, because it judged the seriousness of conduct “not by reference to any objective assessment of harm, but by reference to others’ reaction to it, with misconduct attracting a higher starting point because it is in the public domain. That cannot be right”.

They described whether or not misconduct was reported to the police as “a poor and arguably irrelevant measure of the seriousness of that conduct”.

“Context is therefore key. If not by reference to criminal sentencing practice, the seriousness of (sexual) misconduct should be judged by reference to its impact on victims and the profession more broadly.”

The blog contrasted the guidance with the “clear statements of intent” from a variety of healthcare regulators that sexual misconduct should attract the most severe sanction in all but exceptional circumstances.

They continued: “A lack of robust sanction for those who seek to sexually harass women does much to perpetuate the crisis of retention of women at the Bar.”

Failing to mark sexual misconduct as serious misconduct went “to the heart of a safe and cohesive profession”.