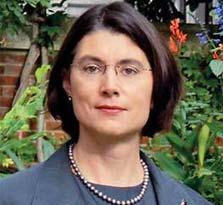 Barristers are likely to be allowed to form partnerships next year and before they can create alternative business structures (ABSs), the Bar Standards Board (BSB) said last week.

Meanwhile, the BSB has dropped a proposal to force barristers to withdraw from cases where a client refuses to reveal previous convictions to the court, after the move was described as “fundamentally repugnant” by one of the Inns of Court.

At its full board meeting last week, the BSB approved plans to introduce entity regulation, which could mean barrister-only entities (BoEs) and legal disciplinary partnerships (LDPs) are introduced next autumn. Changes to the BSB’s Handbook, including a revised code of conduct, will also permit barristers to conduct litigation. These will all require Legal Services Board (LSB) approval.

Separately, the BSB will apply to the LSB to become a licensing authority for ABSs in the new year, with a view to the first ABSs being approved in early 2014.

On the timings of the two LSB applications, the BSB said: “For the Handbook application we would aim to liaise with the LSB and gain approval in three months, but this process may take longer. We would then anticipate the new rules coming into force from the end of the summer or shortly thereafter. For the licensing authority application the LSB has up to a year to reach a decision… It is likely that the BoEs and LDPs will be introduced in advance of ABSs.”

Currently, if barristers become aware of previous convictions of which the prosecution is unaware, they cannot disclose the fact without the client’s consent and can continue to act, provided they do not say anything to the court implying the client has no other convictions.

The BSB proposed to change the rule in its new code of conduct to force the barrister to withdraw if the client will not consent, arguing that “the public interest in ensuring that an appropriate sentence is passed outweighs the interests of the client”.

A majority of the 38 responses to a consultation on the code opposed the move. The Law Society argued it would put barristers’ rules at odds with those of solicitors and such a change should not take place without a consensus on the proposals.

Lincoln’s Inn responded that the proposal was “fundamentally repugnant” and would undermine the relationship between the client and his counsel. Inner Temple said imposing such a duty on a barrister would be an “unwarranted breach” of the duty of confidentiality and client privilege.

Responding, the BSB said it “accepts these criticisms of the proposals” and would amend the guidance so there would be a “general rule that a barrister must not mislead the court” but a barrister must only withdraw from the case “if his client does not consent to disclosing the conviction, and an unlawful sentence will result”.

Describing the board’s reaction to the wider code of conduct consultation, Patricia Robertson QC – who has led the work on entity regulation – said the BSB had “adapted and changed our plans in a number of respects… so it’s not as though we haven’t listened”, although in other areas “we also explained that we decided we should stand firm”.