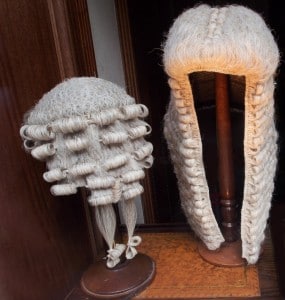 BSB: referrals for sanctions “based on public interest”

The Bar Standards Board (BSB) is seeking the power to impose fines of up to £1,000 on barristers cleared by disciplinary tribunals, it has emerged.

At the moment, barristers cleared of professional misconduct by tribunals cannot be punished, even where they have clearly broken the rules.

Under the regime outlined in a BSB consultation paper, barristers could be referred back to their regulator for “administrative sanctions”, such as a formal warning, fixed penalty fine of £400 or discretionary fine of up to £1,000.

The BSB said in the paper that this would have the disadvantage of “prolonging the process” and could be perceived as “the BSB having ‘two bites at the cherry’.”

Among the advantages were “greater consistency” in decision-making processes.

The BSB went on: “Further, when reconsidering the imposition of an administrative sanction in a particular case, we would be reviewing a different set of circumstances, since the evidence of professional misconduct would have been tested by the tribunal and found to be inadequate (contrary to our original assessment).

“Administrative sanctions would be imposed at the BSB’s discretion, but we would have the benefit of the tribunal’s reasoning and assessment of the evidence when taking any decision”.

The BSB added that a referral back to it would have to be “based on the public interest and the risk posed by the conduct, not simply because a finding could be made on the lower standard of proof.”

The BSB is also seeking a further extension of its powers in the area of appeals. At the moment, the respondent’s right to appeal to the High Court is unrestricted, but the BSB can only appeal in limited circumstances.

The BSB said it should be able to mount appeals “in any circumstances where it is in the public interest”, subject to the consent of the chair of the BSB or the chairman of its professional conduct committee.

In a further change, the regulator proposed removing the role of the Inns of Court in “pronouncing” sentences and setting the dates on which they take effect, transferring it instead to the Bar disciplinary panels and the BSB.

The regulator argued that barristers who represent themselves at tribunals should not be “in a more advantageous position” in relation to costs than they would be in court proceedings. In other words, barristers who act for themselves would only be able to recover costs at the rate for litigants in person.

The BSB outlined a number of “issues of principle” in the consultation, to explore for future changes to the regulations. One of these was ending the use of five-person panels, another introducing regulatory settlement agreements, similar to those used by the Solicitors Regulation Authority.

The BSB’s director of professional conduct, Sara Jagger, commented: “Fairness, transparency and efficiency have been central to this review.

“We are committed to modernising and streamlining our disciplinary processes, ensuring that they operate as fairly and as efficiently as possible, for the benefit of all concerned.”

The BSB is running workshops about the tribunal reforms on 21 September and 1 October, before the consultation closes on 12 October.