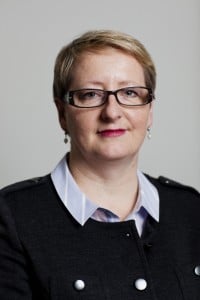 Davies: Fees should not be a barrier to providers

The Bar Standards Board (BSB) expects to regulate just 20 alternative business structures (ABS) each year in the first three years after it becomes a licensing authority.

After submitting its application to become a licensing authority in April 2015, the ‘indicative launch date’ for ABS regulation – assuming it is approved by the Legal Services Board – recently slipped to October 2016.

The figure for expected ABSs was revealed in a consultation launched by the BSB last week on fees to cover the cost of ABS regulation. It said: “Based on recent quantitative and qualitative research, we estimate the number of applications to total 60 over the next three years, ie 20 ABS applications per annum x 3 years.”

The BSB also estimated that one in 20 applicants could appeal to the First Tier Tribunal against a decision to refuse ABS authorisation. If they did so, a £500 administration charge would be payable.

Basing the level of its fees on the estimated take-up of ABSs, the regulator said they would be raised on a full cost-recovery basis, so barristers would not subsidise lawyers and non-lawyers working in ABSs.

The BSB proposed ABS fees should be in three parts: an application fee, an authorisation fee once approved, and an ongoing annual fee.

Additional fees for “particularly complex or unusual” applications that required outside expertise to be brought in would be borne by the applicant, and an extra £90 would be charged if the ABS wished to conduct litigation.

The regulator expected the total annual operation costs incurred by licensing ABSs to be £57,500.

The BSB’s 2015-16 business plan said it would measure the success of its performance by 2016 among other things on “the number of entities and ABSs, measure[d] against expectations”.

A separate consultation on fees and the way the BSB charges for its work repeated the original budget assumption that income the BSB receives from non-practising certificate fees would total £1.87m this year. However, at a board meeting in November, members were told that fees were expected to fall to £1.43m by the end of 2015-16, in part due to the unexpectedly small number of BSB-regulated entities.

Director general Dr Vanessa Davies said: “The cost of regulation is ultimately passed onto the end users of legal services and as the regulator, we want to ensure all fees are justified and do not cause an unnecessary barrier to enabling legal services providers to meet the demand for access to justice from the public.”