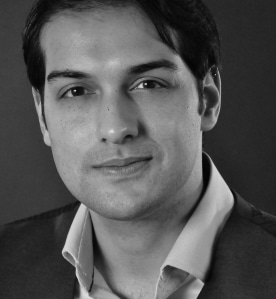 A Bar Standards Board-regulated entity that challenges unlawful detention is to put on free advice and litigation clinics, including one at Yarl’s Wood Immigration Removal Centre.

Meanwhile, a north-west BSB entity run by two solicitors hopes to expand its boutique family law practice into overseas private client work. They chose the BSB as regulator in part because it was “more user-friendly to deal with”.

The two entities bring the total number of ventures regulated by the BSB to 32.

The Habeas Corpus Project (HCP), which received its BSB authorisation earlier this month, has begun litigating pro bono on behalf of individual detainee clients. It relies on donations and has signed a service level agreement to receive assistance from solicitors at DLA Piper’s pro bono unit.

HCP, which has been run as a charity since it was founded in July 2014, has two barrister trustees. It runs on grants and donations to survive and has completed a round of crowdfunding to stay solvent.

Mr Noor, who did his pupillage at Garden Court Chambers, said: “Just today we received 10 new clients and the DLA Piper connection has allowed us to increase our capacity.”

Relying on donations was “a struggle”, but “when start off something you’ve got to prove yourself before people are willing to put their money down to support you. We’ve been quite fortunate so far and I hope this continues”, he said.

Asked why he did not pursue a more lucrative career, Mr Noor explained: “I entered the profession to do this kind of work four years ago, and as a pupil barrister it was impossible to survive even on the legal aid work we were doing.

“I had to make a decision: either I was going to leave this area of law and do something else, but thereby sacrifice the reasons I came into this profession, or I would ignore the aspiration to make money and focus on making an impact…

“When you have a success in this area, the praise and the blessings that you get, and knowing that you’ve made a significant difference, are worth more than the money for me.”

Mr Charrot, who advises Coronation Street on family law matters, said the firm was “not looking to become huge”, but expected to “broaden out slightly to include private clients, but then stop there in terms of specialisms. So we would still be very much a boutique firm”.

He said the choice of the BSB as regulator was less that he was “allergic to the Solicitors Regulation Authority” and more “being positively inclined toward the BSB”.

Both solicitors agreed that the BSB’s entity application process was “probably just as tough” but the BSB had been “more user-friendly to deal with” and had an easier-to-understand Handbook.

Ms Halford said the firm has the use of an office in London’s Mayfair for face-to-face meetings, but expected to service international clients via the Web with Skype “virtual meetings”, which both she and Mr Charrot had “been doing for many years already”.

The firm is structured as a limited company and hopes to bring in one or two more directors.