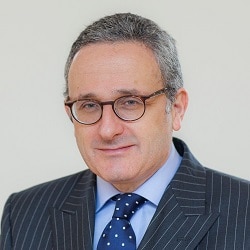 The Bar Standards Board (BSB) would be “ill advised” to take disciplinary action against barristers who take part in the strike action over legal aid rates, a regulatory specialist offering to represent pro bono anyone prosecuted, has argued.

It comes as more than 70 barristers have accused the Lord Chief Justice of trying to intimidate criminal law barristers.

Earlier this week, Lord Burnett said all cases in which there was non-attendance should be referred to the senior presiding judge’s office to consider whether to involve the BSB.

The BSB said yesterday that barristers who deliberately failed to attend a hearing at which they were due to represent a client may face regulatory action.

“In deciding whether to take action, the BSB will consider all the circumstances, but will have particular regard to any harm caused by the barrister’s actions.”

Specialist regulatory barrister Marc Beaumont told Legal Futures that the BSB “would be extremely ill advised to prosecute members of the Bar in such circumstances”.

He said it was “unlikely” that taking protest action and joining a picket line would pass the “very high” threshold of “serious reprehensibility” which case law has established was needed in order for a disciplinary tribunal to make a finding of professional misconduct.

Even if there was a breach of the Bar’s code of conduct, the prosecutor would still have to prove that it amounted to professional misconduct, he explained.

“Not every breach of the handbook is misconduct. There is no professional misconduct if the conduct is not serious and reprehensible.”

Mr Beaumont, who tweeted an offer to represent without charge any barrister prosecuted before a disciplinary tribunal, said: “In the highly unlikely event of a prosecution, a defence of lack of ‘serious reprehensibility’ would be a formidable obstacle in the way of findings of guilt.

“If the behaviour has been driven by consideration of the public interest and careful balancing done by the Criminal Bar Association of the rival views of the public interest, then it’s quite impossible to conceive of any rational outcome that involves the public disciplinary condemnation of an individual barrister, unless there are perhaps truly exceptional and egregious circumstances above and beyond the agreed basis for strike action.”

Mr Beaumont said any BSB investigation should be met by careful citation of the many High Court and disciplinary tribunal decisions on this topic.

In addition, he said the threat of a wasted costs order, a possibility raised by the Lord Chief Justice’s statement, “seems likewise hollow”.

In a letter today to The Times (£), more than 70 barristers, including dozens of QCs, said Lord Burnett’s guidance was being read by many practitioners “as an attempt to intimidate us”.

It said: “We are concerned that the independent office of the lord chief justice risks being seen as doing the job of a partisan enforcer for a government whose degrading of the justice system has been draining it of the very professionals on which it relies: barristers to prosecute, defend and provide judges.

“Our action is about protecting these professionals, and the lord chief justice clearly cares about them, but his warning may have the effect of condemning the courts to a painful asphyxiation rather than providing the oxygen that we all, judges, barristers and those unwillingly caught up in the system, so urgently need.”

Members of the Criminal Bar Association voted at the weekend to begin court walkouts starting from next week, and to boycott new cases for three days a week over the next month.

The move is in response to the government’s failure to increase the fess for criminal defence legal aid work sufficiently.