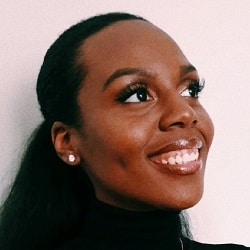 The BSB said it recognised that the scheme would involve “difficult and potentially uncomfortable conversations”, but to achieve race equality in the profession “the onus of change needs to be on the White majority and senior ranks of the profession”.

Developed by the BSB’s race equality taskforce, the scheme is designed to “address the barriers to race equality at the Bar, by providing insight into people’s experiences of racism”.

They are expected to have regular one-to-one meetings. The BSB said that as a result of the understanding they would gain, mentees would benefit by being able “to design and deliver anti-racist strategies to increase impact within their chambers, other organisations or networks at the Bar and the wider profession”.

The scheme would allowing mentors to become agents of change for, and have a bigger influence on, “better race equality outcomes at the Bar”, while also having “access to strategic thinking of senior members of the Bar”, increasing their profile and enjoying network and contact opportunities.

The first pairing is Paul Stanley QC, based at Essex Court Chambers and a member of the race equality taskforce, and Elisha Lindsay, a Bar student and race equality activist. 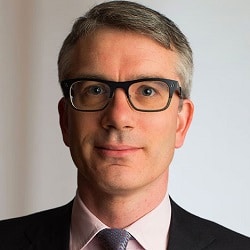 Mr Stanley, a commercial silk since 2010, specialises in financial services, insurance-related and complex civil fraud cases, is a “White ally” – described as a White person with a commitment to non-complacency, who takes proactive steps to confront and dismantle racism and race inequality.

He is equality and diversity officer at his chambers, a pupil supervisor and director of the South Eastern Circuit advanced advocacy course.

“It is a privilege to be able to be involved in this ground-breaking initiative,” he said.

“Being mentored by Elisha gives me a golden opportunity to learn from her experience and insight, and to challenge my own preconceptions and prejudices.

“I know it will make me a better anti-racist ally, and help me to change myself and the profession for the better.”

Ms Lindsay added: “Initiating a programme that brings together the concept of diversity in a tangible and practical way is something I never thought would be achievable.

“Seeing how receptive members of the Bar are to hearing and learning about anti-racist practices and achieving true diversity within the Bar gives me hope for a more inclusive environment”.

The BSB – whose director-general, Mark Neale, has volunteered to be mentored – said it understood that the scheme would involve “difficult and potentially uncomfortable conversations between participants”.

The regulator went on: “When compared to traditional mentoring schemes, reverse mentoring is more likely to ensure mutual benefit to both the mentor and the mentee, and to pair people who might otherwise not come together.

“The scheme reflects our belief that, to achieve race equality in our profession, the onus of change needs to be on the White majority and senior ranks of the profession.”

Amit Popat, head of equality and access to justice at the BSB and chair of the race equality taskforce, added: “This is the first race equality reverse mentoring scheme launched at the Bar.

“It presents a new and innovative approach to promoting inclusion, which we believe will benefit both established and aspiring barristers, while making a meaningful cultural change.”

To apply to take part in the scheme, go to the BSB website.