BSB: parental leave change “could stop women barristers having to choose between career and family” 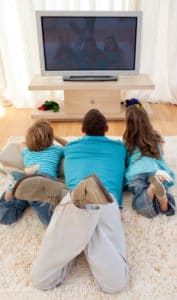 Fathers involved in childcare: policy could help women at Bar

Making a shared parental leave (SPL) policy a professional conduct issue for chambers will help break down the stereotype that women have to choose between a career at the self-employed Bar and having a family, the Bar Standards Board (BSB) has argued.

Consulting on how best to give barristers the benefit of the Shared Parental Leave Regulations 2014 – which became effective in April 2015 – the BSB said the policy would help retain women at the Bar and “might encourage a more equal gender balance at the top end of the profession”.

The regulations enable both partners expecting a child, or with a child placed for adoption, to share caring roles. The BSB was urged to act on the issue by the Bar Council.

The BSB added: “It would also help to foster a more progressive culture in the profession, and break down old stereotypes, [such as] that ‘women have to choose between a career at the Bar and having a family’.”

Self-employed people are not covered by the statutory rules. To qualify, the mother or adopter must be entitled to adoption leave or maternity leave and pass a ‘continuity of employment’ test confirming their eligibility. The other carer must pass an ‘employment and earnings’ test.

Under the BSB Handbook, chambers currently only have to give the ‘main carer’ of a child time away from practice – including chambers’ rent rebates – in order to care for a child, not all barristers. The BSB proposals would allow carers to share parental leave entitlements between them and take leave either simultaneously or in turn.

Additional scenarios in the consultation on which comments were invited, were that a barrister could take SPL where the other partner was not in paid work, and that all parents should be entitled to the same parental leave whether or not they were the main carer.

In a list of pros and cons, the BSB acknowledged the shortcomings of its proposed changes, such as the possibility of abuse where two barristers in different chambers claimed full parental leave entitlement for the same child. But it argued: “The risk of this is assessed to be low and would breach Handbook rules on dishonesty.”

It also admitted: “[There are] cost implications for chambers with a high number of members who previously would not have been able to take leave or request a rent rebate. This may be a particular challenge in predominantly publicly funded chambers.”

The BSB said it arrived at its conclusions only after tackling the issue with a group comprising “staff, board members, and members of the profession”.

BSB board member, barrister Anupama Thompson, said: “We are committed to promoting a diverse profession by ensuring the wellbeing and work-life balance of barristers.

“Sharing parental leave between parents could go some way to addressing this issue. It may improve the working culture of the Bar and promote greater equality between the genders in career progression.

“We want to foster a culture of retaining women at the Bar, and a change to the rules on shared parental leave could help.”

The deadline for responses to the consultation is 17 February 2017.